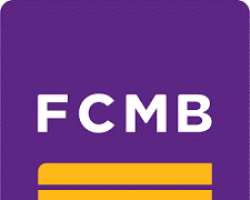 The scheme, according to the bank, is designed to provide extra empowerment and create value for customers of the Bank, while encouraging financial inclusion and savings culture.

This follows the success recorded in the third phase of the Millionaire Promo, which produced sixteen millionaires and 2,496 winners of various top-range gifts, while it ran between April and December, 2016.

In a statement, FCMB explained that the Millionaire Promo Season 4, which will run  up to October 30 this year, is targeted at all segments of the society, especially existing and potential savings account customers of the Bank. This however, excludes salary and domiciliary account holders.

The bank said four lucky customers will each win the star prize of N2 million at the grand finale of the promo scheduled for November, 2017, while 12 others will be rewarded with N1 million at the zonal draws that will hold in May, July, September and November, 2017. Other fantastic prizes to be won during the promo include LED TVs, Generating sets, Tablets, Phones and Decoders.

In order to participate in the FCMB Millionaire Promo Season 4, an existing or a new customer of the bank needs to increase his or her balance by N10,000.00 in any of the eligible savings account and maintain it for 30 days to qualify for the Zonal and Regional electronic selection of winners where the star prize of N1million and other fantastic prizes will be won.