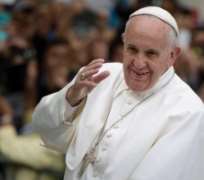 According to a report in The London Times and best selling Catholic author and journalist  Antonio Socci , about 12 cardinals who have supported Pope Francis since his election in March 2013 now fear that his controversial reforms may cause a schism in the Church, and so they hope to pressure the Pope to resign.

“A large part of the cardinals who voted for him is very worried and the curia … that organized his election and has accompanied him thus far, without ever disassociating itself from him, is cultivationg the idea of a moral suasion to convince him to retire,” reported Socci in the Italian newspaper Libero, as quoted in The London Times of March 2.

The cardinals who want Pope Francis to resign are among the liberal prelates who backed Jorge Bergoglio (Pope Francis) four years ago, said Socci, and they would like to replace him with Cardinal Pietro Parolin, the Vatican secretary of state.

“Four years after Benedict XVI's renunciation and Bergoglio's arrival on the scene, the situation of the Catholic church has become explosive, perhaps really on the edge of a schism, which could be even more disastrous than Luther's [who is today being rehabilitated by the Bergoglio church],” said Socci . Catholic cardinals at the Vatican.  (AP)
He added, “The cardinals are worried that the church could be shattered as an institution,” because of the major division now between the liberals and the traditionalists in the Church. “There are many indirect ways in which the pressure [to resign] might be exerted,” said Socci.

The London Times quoted a Vatican expert as saying, “A good number of the majority that voted for Bergoglio in 2013 have come to regret their decision, but I don't think it's plausible that members of the hierarchy will pressure the Pope to resign.”

“Those who know him know it would be useless,” said the expert.  “[Pope Francis] has a very authoritarian streak. He won't resign until he has completed his revolutionary reforms, which are causing enormous harm.”