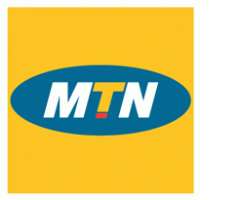 BEVERLY HILLS, February 23, (THEWILL) – Protesters, on Thursday , attacked the regional head office of telecommunication giant, MTN, in Abuja, in retaliation for the xenophobic attacks on Nigerians in South Africa.

The vandals invaded the premises at 4 Madeira Street, Maitama, armed with sticks and rods and carted away with phones, cash and also destroying vehicle and office equipment.

Some members of staff of the organisation and customers were said to have been attacked in the process.

“The protest was about the xenophobia that is happening in South Africa. The protesters were not happy about the way South Africans have been maltreating Nigerians,” a witness, who simply identified himself as Oscar, told journalists.

“They wanted to pull down the office, but security operatives prevented them. One of them even suggested that they should go to the embassy.”

THEWILL recalls that the Nigerian community in South Africa has recorded two attacks in the last one week.

At least five houses and businesses belonging to Nigerians were burnt by a mob on Saturday , while 15 houses, either belonging or rented by immigrants, especially Nigerians, were burnt by angry residents in Rosettenvile, south of Johannesburg, last week Sunday.