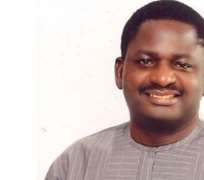 President Muhammadu Buhari on Tuesday said results of the series of medical checkups he carried out in the cause of his medical vacation had shown that he needed longer period of rest.

He said this necessitated his staying back in London, United Kingdom longer than initially planned.

The President said this in a four-paragraph made available to journalists by his Special Adviser on Media and Publicity, Mr. Femi Adesina.

Adesina did not disclose how long the President's 'longer period of rest' will take.

He however thanked Nigerians for their prayers and good wishes while assuring them that there is no cause for worry.

The statement read, 'President Muhammadu Buhari thanks millions of Nigerians who have been sending good wishes and praying for his health and well-being in mosques and churches throughout the country.

'The President is immensely grateful for the prayers, show of love and concern.

'President Buhari wishes to reassure Nigerians that there is no cause for worry.

''During his normal annual checkup, tests showed he needed a longer period of rest, necessitating the President staying longer than originally planned.'