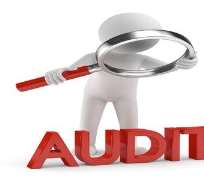 Accounts of government agencies are now to be audited weekly to improve compliance with the provision of reports, Auditor-General of the Federation Anthony Ayine said on Monday.

Ayine spoke during his visit to the Minister of the Federal Capital Territory (FCT), Alhaji Muhammad Bello, in Abuja.

He said one of the purposes of sending auditors was to ensure completeness and timely rendition of accounts to the office of the Auditor-General.

'Ideally, we expect to receive the Consolidated Financial Statements from government agencies on or before May 31, so that we can work on them promptly for accountability.

'This is because for accountability to be meaningful, timely preparation and submission of financial statement is key.

'We also have a mind of reintroducing internal auditors. The reintroduction will be of mutual benefit to us.

'We will encourage that the internal audit be brought in, and will submit internal audit report to you and to us because it will help you to strengthen your internal controls and attention drawn to areas that needs immediate attention,'' he said.

Ayine also sought the minister's assistance to create an additional exit point for the Audit House, location of the office of the Auditor-General for safety purposes.

The minister expressed the willingness of his office to collaborate with the office of the Auditor-General of the Federation.

'This government has a deliberate policy to give the office of the Auditor-General the ultimate support.

'This is something we have discussed at high levels and we feel very strongly that your office has to be given the full support it needs or else its strength will be wasted.

'If government is able to handle what you suggest, proper internal auditing, internal controls, we can then use all our energies for more progressive work, not trying to go back to what has already been done.

'So you can be rest assured that we are fully with you in respect to resident auditors.

'For the FCT, it is very important because we are not just a Ministry, we are also a territory that has approximately six million people, which is more than some states.

'It will be welcoming to have your auditors working closely with our internal audit departments so that we work more efficiently and enhance good governance,'' he said.

Bello said although the reality was that every land within Abuja had already been allocated, his office would see how the Auditor-General's request could be accommodated.