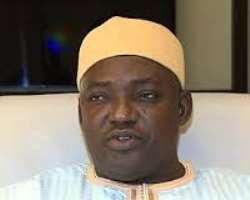 Even as the dust is beginning to settle in the Gambia, it is not lost on Africans and people of good will that the manner in which ECOWAS resolved the standoff following recent elections there remains a great example of applying African solutions to African problems. ECOWAS took a principled position that the will of the Gambian people had to be respected by all the means necessary and acted with such steely but decorousresolve it restored order, peace and democracy to the West African nation without a drop of blood. Being able to do so with a good dose of African etiquette and without the usual dictates and bombs of vested foreign powers is acredit worthy of record and celebration.

The December 2016 elections resulted in victory for the opposition. It was a shocker in Gambian history, the kind of shocker that flipsinto the leagueof Brexit in the UK or Trump in the US. It was certainly not one the ruling government ever imagined and it will remain on record as the first time ever any Gambian leader lost elections. Yahya Jammeh, who had until then won every election since the country returned to democratic governancein 1996had been in charge of the Gambia for 22 years having first come to power in 1994 through a military putsch. He was stunned beyond belief and in the stupor of the loss hematched the shock with an even greater thriller. He conceded and left the pundits scratching their headsfor rationale albeit not for too long.

Within days of conceding, Jammeh made a complete U-turn and rejected the election results in their entirety. For some this was incredible if not alarming, for others Jammeh was only being true to character. Whatever the case might be, it cut short the euphoria and celebration that greeted the opposition victory and instead plunged the smallest country in mainland Africa into chaos and anxiety. The insecurity thus generated caused Adama Barrow, the President elect, to pitch camp in Senegal and demand his rights and the rights of the Gambian people from outside his own country. The Gambia suddenly became big international news for all the wrong reasons, not least as a country with two presidents when Barrow took the oath of office in Senegal.

Democracy was clearly at stake in the Gambia.The people had spoken loud and clear they wanted change. The onus remained withJammeh to do the honourable thing and deliver the change they voted for byhanding over power to the duly elected President. He declined and stood by his gunsrather stubbornly like the child who doesn’t want anybody playing with their doll.In response ECOWAS refused to fence sit or equivocate. They stuck with the Gambian people andcalled on Jammeh to step downhonourably. When he refused to budge, they pursuedan au fait negotiation process and continued to dangle the carrot even as Jammeh dug his heels in despite a chorus of appeals from within and outside Africa.

If Jammeh took the etiquette of negotiating as a parody of sortsby his colleague West African heads of state he counted wrongly for once. The regional organisation was so determined anddead serious they kept a stick within his view by massing up combat ready troops in the Gambia. Much as ECOWAS possiblynever intended to fire one bullet, it was clear there were no ifs and buts abouttheirresolveor what they wanted to happen in the country. As a former army officer himself, Jammeh needed no telling thatarmed troops do not mass up needlessly, at least not when they are a coalition of forces from otherwise fraternal neighbours. He could read the writing on the wall as ECOWAS stood up to be counted. Jammehhad no leeway other than to negotiate his exit and exile. He cowed.

Gone are the days of military men parading as heads of state and chairmen of so-called revolutionary councils in West Africa. The mood in the sub-region has been firmly aligned to democracy for quite some time now and the appetite shows no sign of abating, not yet. Constitutionally backed civilian rule has taken sway and come to stay for good as people like to turn out in their numbers, rain or shine, to cast their vote and express their will. The entire region has embarked on a project of weaning itself off the instability of the early post-independence years and is now fast becoming symptomatic with stability and good governance. The Gambia has been no exception and not even the likes of Jammeh can stand in the way of the people ad infinitum.

In fact Jammeh might have been the last residue of military strong men who came to power by the bullet and retained it by the ballot. While some have credited him with measured economic successes over the 22 years in power, intimidation and repression blighted Jammeh’s Gambia. It is not unlikely he will be better remembered as the despot who punished dissent with disappearances, summary executions and many other unspeakable human rights abuses. Orthe eccentric who claimed he had found a cure for AIDS and infertility without a background in medicine. Or the vainglorious who liked to baptise himself with titles and appellations such as “His Excellency Sheikh Alhaji Doctor Yahya AJJ Jammeh Babili Mansa” without submitting to any meritorious process for earning them.

Jammeh is a familiar story of betrayal and nemesis. History has it that he was once a mentee of Dawda Jawara who led the country into independence in 1965 as Prime Minister and dulyelected President when the Gambia became a Republic in 1970.It may be appropriate to acknowledge him as the founder of the modern Gambia especially because of his reputation for good sense of inclusive governance and practice of electoral democracy. He transformed the country into an oasis of peace for the 30years he was in power. Tourism flourished and brought in the much needed hard currency that lack of natural resources could not afford. For 8 years Jammeh served as security for the President, purposefully mastered the art of intelligence andsubsequently applied it inthe coup d’état of 1994 that consigned Jawara to exile for years. The coup was roundly condemned around the world and Jammeh pledged to clean up corruption and return the country to civilian rule within 3 months.

Time quickly proved the 3 months story was economical truth at best or a palpable lie at worst. On the contrary,Jammeh reckoned he could rule the Gambia for a billion years and did everything to perpetuate a lifelong grip on power in reality. But as early as 2011 his image and legitimacywere all but tattered when ECOWAS and his West African peers refused to endorse his victory in the elections of that year.Before then he was already infamous for lip service to the rule of law where elections were only as good as they validated his perpetuity in office. It was the beginning of the slippery ride into villainy but Jammeh just kept riding on as if he was doomed to end up ingloriously. While the terms and conditions of his exile to Guinea remain rather foggy, the ultimate aim of ECOWAS has been to achieve a peaceful transition from Jammeh to Barrow and this they achieved with high marks.

The Gambia is at peace today with its democracy thanks to the will of the Gambian people and the ethos of ECOWAS finding common ground. Clearly, Africa does not and should not need foreign powers or their guns in finding peaceful solutions in any troubled part of the continent. In his own parting words, Jammeh finally conceded belief “in the importance of dialogue, and in the capacity of Africans to resolve among themselves all the challenges on the way towards democracy, economic and social development”. Incongruous as it may seem coming from him the words ring true per se.

What happened in the Gambia must be a clear, strong and signal message to any other Jammeh in the sub-region or elsewhere in the continent that no leader can toy with the will of the people willy-nilly by counting on the complicit silence of their peers or the ill-fated principle of non-interference.Barrow must therefore have his work cut out for him as many are those expecting him to distance himself from the leadership style of Jammeh and restore civil liberties, the rule of law and equal opportunities for all Gambians. The hand of destiny is certainly upon his shoulders and ECOWAS and the rest of Africa will be right to have great expectations of him moving forward.

Long live the Gambia, long live ECOWAS, long live Africa and long live democracy and the will of the African voter!