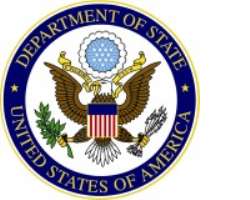 American citizens have been advised to avoid Adamawa, Bauchi, Borno, Gombe, Rivers, Plateau, Kano and Yobe among other states.

The United States Department of State has issued a new directive warning its citizens of the security risks inherent in travelling to and within Nigeria.

The warning dated 9th February 2017, recommends that US citizens should avoid all but essential travel to Adamawa, Bauchi, Borno, Gombe, Kano, and Yobe, due to the unpredictable security situation in the North-East.

This follows a security warning issued by the US embassy on Tuesday, January 24, 2017, advising citizens and officials to show extra consideration for their personal safety and security as they travel within Nigeria.

It was issued in response to the government’s plans to shut down the Nnamdi Azikwe Airport for repairs and the re-routing of air traffic from that airport to the Kaduna airport, as well as the international airports in Lagos, Kano and Port Harcourt.

According to the document issued by the Embassy, this more recent warning is driven by heightened insecurity in the North of the country, mostly as a direct result of the activities of Boko Haram.

The government’s efforts to weaken the terror group, have met a degree of success; the military has reclaimed vast areas in territory and a number of the Chibok girls have either been rescued or released. However, the group still pulls off isolated attacks, especially bombings, in public gatherings, social

The Department of State’s travel warning says “U.S. citizens should be vigilant at public gatherings and locations frequented by foreigners. Markets, hotels, restaurants, bars, and places of worship may become targets for terrorist attacks”.

It also adds that the poor state of transport infrastructure in the country means that the US embassy finds it difficult to provide consular services in the aforementioned risk areas, advising that “All U.S. citizens should have evacuation plans that do not solely rely on U.S. government assistance”.

US citizens are also advised to avoid the Gulf of Guinea, the area of the Atlantic Ocean on the shores of Ghana, Nigeria and Equatorial Guinea.

The travel warning also refers to security threats outside of the North, particularly in the oil-rich Niger Delta; the directive states, “ Due to the risk of kidnappings, robberies, and other armed attacks, U.S. citizens should also avoid all but essential travel to Bayelsa, Delta, Jigawa, Kaduna, Katsina, Plateau, Rivers, Sokoto, and Zamfara states”.

The document also makes updated provisions for officials of the US mission working in Nigeria; it states that they remain subject to restrictions while travelling within Nigeria, with the exception of local areas of Lagos and Abuja.

The Department of State’s newest travel warning will serve as a replacement for the previous warning dated August 3, 2016.

It comes in the face of new developments in Nigeria's security landscape and more recent tests of the country’s capacity to manage threats as they emerge and re-surface; such as the violence in Southern Kaduna and renewed activity by pirates in the Gulf of Guinea.