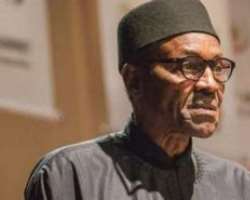 Hundreds of thousands of Muslims from about 350 Jumma'at mosques across Borno State yesterday offered special prayers for the full recovery of President Muhammadu Buhari, who is currently vacationing in the UK. The special prayers which were led by the Imams of the mosques were at the instance of the Chief Imam of the state, Alhaji Laisu Ahmed, followed a letter from Governor Kashim Shettima.

The 350 mosques are those allowed by the security challenge in the state to function from the 542 Jumma'at mosques in the state. Ahmed reportedly mobilised his colleagues after receiving the governor's letter. William Naga, chairman of the Christians Association of Nigeria (CAN) in Borno, received a similar letter entitled, 'Request for Intensification of prayers for the complete recovery of Mr President'.

The governor in the letter requested the Chief Imam and the CAN to “kindly request Imams of all Jumma'at mosques and leading pastors in all churches across Borno state to lead Muslim and Christian worshipers today (Friday) and coming Sunday, to intensify prayers for the quick and full recovery of our dear President, Muhammadu Buhari.

“We believe any good Nigerian living in Borno is already praying for the president, this is why we requested for the prayers to be intensified.” It was signed by Religious Affairs Commissioner Mustapha Fannarambe who, in a separate statement yesterday said: “The prayers started today (yesterday) with Jumma'at mosques and we have monitored some here in Maiduguri and Jere and I was informed there were similar prayers in other Jumma'at mosques in Biu, Bayo, Shani, Kwaya-Kusar were residents were never internally displaced and places like Gwoza, Konduga, Monguno, Damboa, Dikwa, Askira, Kaga and many other parts of the state,” Fannarambe said in a statement.

“Prayers were offered in IDP camps where Jumma'at services take place because all the camps have citizens that include existing Imams of Jumma'at Mosques in different parts of the state affected by the insurgency. “From our estimation, not less than 350 Jumma'at Mosques are currently functional out of 542 that we have across the state. I actually attended one of the Friday prayers in Maiduguri while Governor Shettima went to Bama with the visiting minister of environment.” (The Nation)