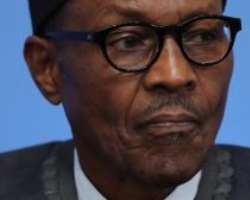 It was Ayodele Fayose, the Governor of Ekiti State, who first said everything under the Nigerian President Muhammadu Buhari was becoming inconclusive.

That outburst – and Fayose has quite a litany of complaints against Buhari – came after Nigeria’s electoral umpire declared the Bayelsa State governorship election “inconclusive” on the third day of the exercise.

It was a happy ending for Fayose: Seriake Dickson, candidate of his party, won the election a month later. Actually, there was little to worry about in the first place.

One year on, a crisis of monstrous scale and manifold consequences is brewing. Buhari is on medical vacation in the United Kingdom, and it is so far inconclusive, even indefinite .

The announcement of Buhari’s latest vacation on January 19 was itself inauspicious – not because it was his third in one year, but because he had asked the National Assembly for 10 days off when he was in fact going to be away for longer.

That a “10-day vacation” began on January 19, and was to end on February 6, offered faint indication of the president’s much-guarded state of health. And it was all sudden: Yemi Osinbajo, the man Buhari temporarily handed power to, abruptly ended his participation at the World Economic Forum in Davos, Switzerland.

Rumours of hsi death have spread  on fake news sites, and it is very worrisome that Buhari has refused to personally assure the country of his wellness. On one occasion Garba Shehu, one of his two spokesmen, tweeted a photo of Buhari supposedly watching Channels, Nigeria’s leading television station, but it all seemed a cover-up.

The president could have called that same station to address his countrymen for just a minute. In such an ethnically divided country as Nigeria, such a move is crucial for the preservation of democratic sanity. With that assurance still missing, the power grabbers are already at work. The fears of the north

Until May 2010, it seemed inconceivable that a member of a minority ethnic group would become president.

Were that even to happen, it looked like an outright impossibility that the north – a region that typically sees the number-one seat as its birthright – would be the victim of such power transfer.

But when northerner Umaru Musa Yar’Adua, the former president, left Nigeria for Saudi Arabia in November 2009 to get treatment for pericarditis and hadn’t returned by February 2010, Goodluck Jonathan, from the Ijaw ethnic group, was formally declared acting president.

With Yar’Adua’s death three months later, Jonathan – a man who was chosen as Yar’Adua’s running mate not for his political appeal but for his reputation of “never rocking the boat ” – became president.

The north had lost the power it had been impatiently waiting for since the turn of the Fourth Republic in 1999. Worse still, despite the protests of the northern elite, Jonathan ran for office, and won in 2010.

The possibility of a repetition of this situation is why the north is particularly apprehensive over Buhari’s extended medical vacation. There is no chance Buhari’s northern friends, already accused of imposing a political stranglehold over the masses, will watch Osinbajo become president without a fight – in the event that Buhari is unable to continue in office owing to ill-health or death.

Despite the denial of rumours that there is pressure on Osinbajo, a southwesterner, to resign, the meeting   of northern governors with the National Security Adviser Babagana Monguno and Chief of Army Staff Tukur Buratai has raised eyebrows.

Osinbajo himself has, in practice, done very little to dismiss the rumours. He has been typically calm and self-controlled in his response to matters, but his incoherence while discussing Buhari’s health was a striking giveaway. “I think that the health status of Mr President is an issue that only Mr President would discuss at the appropriate time,” he said in Abuja on Monday.

“Again, he is running test and all of that. Before you will be able to determine your health status you must be able to say this is my health status.” Those closing words show Osinbajo is himself in the dark about the state of the president’s health.

Buhari must be honest with himself. At 74, he alone understands his body and the rigours it can accommodate. He may have temporarily transferred power to Osinbajo but that’s just a procedural constitutional requirement.

Osinbajo will not exercise that power beyond the extent to which he knows Buhari would want him to. And, quite frankly, that is not what Nigeria needs at the moment.

Either Buhari returns to office in earnest to personally oversee the fulfillment of the promises he made to Nigerians in 2015, or he gives up the position for someone else who will run his own vision and will be entirely accountable for the state of the nation.

With the Nigerian currency naira falling to an all-time low, companies folding , and the cost of living on the rise , there were protests  against Buhari’s government across the country on February 6. There was no news from Buhari and his vice president could not be held wholly accountable.

For all his failings, Jonathan remains a hero for conceding the 2015 election. Buhari will be a far bigger one were he to concede the presidency to a fitter candidate if his health deteriorates further.

In his absence, the hawks will be hovering over Osinbajo, and the behind-the-scenes power play won’t result in any meaningful national development. Buhari must spare Nigeria the political heartbreak of governance by an absentee president.

Fisayo Soyombo was the pioneer editor of Nigerian online newspaper TheCable. The artiocle was first published in Al Jazeera,

The views expressed in this article are the author’s own and do not necessarily reflect Al Jazeera’s editorial policy.