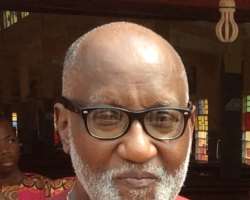 Our intertwined world is encountering a vastly changed narrative of news flow, reportage and cause-advocacy via media. The change is linked,no doubt, to growing universal rage -- the so-called "age of anger" and the audacity and sense of propriety, which drivesanti-establishment sentiments and protestations. Yet two realities are incontrovertible: fake or false news, hate speech and post truth via social media are spiralingglobally, at a time the mainstream media is battling a crisis of legitimacy. But just as the social media accentuates mass communication, it has thrown up an unnerving flip side --false news and post truth- which makes the social media platform anadverse game changer. Those who contend that social media offer a level playing field, overlook the attendant pitfalls.

The scariest part of false news is the absence of an undo button. Evidence exist that false news has become for some nations, a tool of statecraft. Russia’s reported meddling with recent U.S. elections is a case in point. Globally, the social order is being changed and alternative or rogue governments being elected,purely on the impact of false news and post truth. False news is now abetting recrudescence of rightwing extremism in Europe. The growing global tsunami of disinformation is replete with hybrid threats fostered by contrived hoaxes. Yet, the most insidious generators of false news, is the lone perpetrator, sequestered by choice in a room or café with an iPhone or tablet and access to Wi-Fi, who feels the awesome power afforded by anonymity and driven by indignation or righteousness to redress perceived ills of any society. The desire to shape opinion by legerdemain as well as revenge are also compelling factors.

Indubitably, false news is now the electrified third rail in global politics, Nigerian politics included. With itsvast reach, scope, and expansiveness, false news retains huge capacity for destructive consequences. Worryingly, there is no generally agreed antidote. Recently, the Czech Republic set up a specialized anti-fake news unit to combat Russian fake news inundation. In Africa, the response has been slow, despite the fact that within one month, the news of the demise of Gambia's president-elect Adama Barrow and the demise of Nigeria's President Muhammadu Buhari were published and gained currency, until refuted. Less perturbing but equally erroneous and fabricated news included, Eritrea polygamy report; Tanzania’s president ban on miniskirts; and Nigerian lawmakers for making 11 years age of sexual consent? All these are examples of the dreadful phenomena we confront daily.

There is real and false news. Until recently, false news was rare and benign, except for some non-injurious clichés;"bad news is good news” and “no news is good news”. Not anymore. False news is bad news and such bad news means trouble.While rhetoric has always been the bedrock of political obfuscation, false news stretches rhetoricbeyond the acceptable. Moreover, false news is primarily fueled by politics and tends to peak during electoral periods. The 2016 U.S. elections added credence, impetus and expansiveness to false news. So why the sudden groundswell of false news?

The social media is a breeding ground for false news. All that’s required is just a click of the “share” icon. Aside from anonymity provided by social media, the convenience of instantly tweeting or retweeting a news item, without confirming the veracity,underpins the spread of false news, but certainly not the compelling reasons for fabricating untruth. Interestingly, members of the attentive public have unwittingly become part of the problem. The natural instinct to question the authenticity of a news report has been dulled by the euphoria of being among the first to share a scoop, be it on Facebook, Instagram, Twitter or WhatsApp. This tendency overlooks false news being a tripwire for mob action or restiveness and in extreme, having national security implications.

False news usually comes with sensational and captivating headlines, oftentimes with little or no direct quote from the subject of the story. False news goes beyond stretching the truth- often in malicious and troubling ways. False news is not just capable of upturning nations’ social balance, but capable of fostering and foisting violent extremism. False news abets political exigencies, more so where the state controlled media outletsand broadcast medium and on air personalities resort to spewing of verbiage during unmodulated call-in programmes.

Contextually, there exist an inextricable nexus between false news and hate speech. Both aim to hurt and upend unduly. This explains why ahead of the 2019 elections, the Abuja-based Savannah Centre for Diplomacy, Democracy and Development (SCDDD) constituted the Democracy Stability and Media Accountability Project (DESMAP) Council, “to address the administrative and legal gaps that exist in the extant body of laws and code of ethics on journalism and media practice, especially as they relate to the propagation of dangerous, false news and hate speeches”, while seeking ways to improve the capacity of Nigeria’s regulatory agencies to check the dissemination of false news and hate speech.

Nigeria is facing its share of false news, but has not risen to the challenge with the seriousness it deserves. While broad awareness of the negative impact of false news exists, the Federal Government is yet to fully contextualize the alarming challenges posed by false news and hate speeches. A recent legislative effort by the National Assembly to regulate the social media via the so-called “anti-social media bill” fizzled soon enough. Presently, there is no consequence whatsoever, for the perpetrators of false news, with the added implication that media outfits seem reluctant to fact-check their reports, as they rush to be the first to put out a breaking news stories.

Meanwhile, the closest Nigerian law for checkmatingfalse news is the Cybercrime Act that does not necessarily focus on false news or defamation. Still, many argue that there’s no need for new lawsfor combatting false news since Nigeria’sConstitution makes provision for punishment of slander and defamation. The point is also being made thatsanctions enforcement and litigation will curb false news easily. Comparatively, real commitment exists in other countries, especially developed nations,towards fighting these spiraling phenomena.Indeed, some countries are set to amend their laws to also capture would-be offences on the Internet, including making false news punishable. Germany, which exemplifies a best-practice country in terms of defamation and slander laws, is moving to combat false news ahead of its forthcoming presidential election.

With the freedom and scope social media confers, combating false newsadmittedly remains an uphill task. In all fairness, activists on the social media still attempt to self-regulate through rebuttals. But such uncoordinated measures are grossly insufficient. Besides, national laws governing the use of Internet could be promulgated by nations, but not without the risk of impeding the freedom of expression of citizens, more so in developing nations. Ironically, nations with repressive governments, including closed Arab countries have managed the spread of false news and hate speeches better , through broad restrictions on the use of social media platforms. Meanwhile, global efforts to curtail false news without impeding access and free speech are ongoing, with Mark Zuckerberg, the CEO of Facebook announcing recently efforts to checkmate the influx of false news on the Facebook platform.

The upshot is that false news is a growing trend and is likely here to stay. Just as the social media, it will only evolve in more diverse ways. World governments, Nigeria’s included,must work in concert, with various stakeholders including media practitioners and the national legislatures to find a citizen-friendly solution to this menace. Leaving the matters unaddressed willspell doom for Nigeria and other countries.