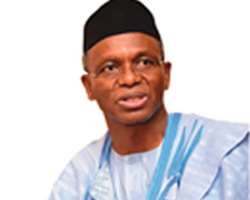 The Kaduna State Government has barred personnel of the Federal Road Safety Commission (FRSC) from erecting checkpoints in Kaduna and other urban centres in the state.

The directive is contained in a statement issued in Kaduna on Wednesday by Mr Samuel Aruwan, Special Assistant to Gov. Nasiru El-Rufa'i on Media and Publicity.

It said that the decision was taken by the state Security Council after a meeting in which it reviewed complaints from the general public against the road marshals.

'The council acted following complaints that FRSC officials were acting in ways reminiscent of the VIO that was dissolved by the state government following widespread unease at their acts of disrespect for the public and penchant for extortion,' it said.

The government stressed that the FRSC personnel have been barred 'from indiscriminately stopping vehicles for inspection in Kaduna town, a situation which has been responsible for avoidable traffic congestion and accidents.'

The government further directed the FRSC officials to, henceforth, concentrate their activities 'in ensuring safe travel on highways such as the Abuja-Kaduna expressway.'

It also barred petrol tankers from loading firewood, tomatoes and other goods on top of their vehicles throughout the state, because of the danger the practice pose to lives and property.

'The Security Council, therefore, mandated security agencies to ensure compliance with these directives, and relevant agencies were also directed to impound defaulting tankers.'

The meeting of the security council was chaired by the governor and had in attendance his Deputy, Mr Barnabas Bala, and heads of military and paramilitary agencies in the state.