FOREIGN CREDIT GUARANTEE: THE CRUX OF THE MATTER 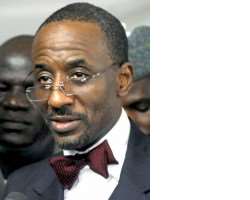 DIVERSE reactions have trailed the decision of the Central Bank of Nigeria (CBN) to grant new lease on foreign credit.

The move to extend the guarantees till June 2011, was taken in an attempt to bolster the confidence of investors and other stakeholders in the country's banking sector.

People who spoke to The Guardian said that the initiative will only yield positive results if it does not extend beyond the deadline, while others see it as a good step in the right direction irrespective of observance of the time frame.

Last week, the Central Bank announced this extension of the guarantee floated for all off shorelines of credit undertaken by banks to the end of June next year.

The guarantee, floated about three months ago, was supposed to terminate by the end of this year. Also, to receive cover under the new plan are inter-bank transactions undertaken by banks as well as pension funds placements with banks by pension fund custodians and administrators and other agencies of government.

The CBN governor, Mr. Sanusi Lamido Sanusi, had explained that the extension was to deflate pressure on money deposit banks by providing them ample time for the conclusion of the banking sector resolution and the publication of audited accounts for the period up to the end of this year.

The implication is that if the banks fail to meet up with their commitments, the CBN will defray the indebtedness to the creditors.

The governor however expressed optimism that by June 2011 when the guarantee is expected to lapse, all creditors would have had sufficient information to take an independent view of the investments risk of individual institution.

He also commended the apex bank's efforts in the realisation of its core mandate of financial and price stability in a crisis era.

Speaking with The Guardian, a financial analyst and president and chief executive officer of Value Fronteira Limited, Dr. Martin Oluba, said the decision of the CBN to extend credit guarantee till 2011 was good.

Generally, he said, CBN's decision to extend credit guarantee till June 2011 when it is expected that its reform measures would have thrown up sufficient information on each bank to enable creditors have independent and reliable views on each bank is a good one.

But, according to him, it is only a good one provided there is no reason to extend the guarantee beyond that date.

His words: 'Although there may have been stability in prices, the palpable level of macro-economic uncertainty points to the apprehension of economic agents regarding the possible future turn out of events and therefore are constrained from making good decisions.

'It means therefore that CBN's claims to stability in economic prices must necessarily be associated with very low levels of macro-economic uncertainty so that future expectations of unpleasant developments do not in actuality lead to such by extending the prevailing levels of economic inactivity.

'Again that demands the speedy resolution of its reform efforts in ways that are unquestionably very clear. At present, there is very limited knowledge about the reform efforts to enable economic agents to take decisions based on the existing state or its possible future outcomes which may be pleasant or not,' said Oluba.

Also, a financial analyst and a management expert, Mr. Emmanuel Ani, hailed the decision of the CBN to grant and extend credit line till next year, saying that this is in good step with the reform the apex bank is making.

According to Ani, the deposit money needs all the help they could get financially, so the extension of the credit line will help them.

'Even if the CBN can still extend it beyond June 2011 that it decided, it will also be better as this will allow the banks to take their time,' he said.

The CBN also retained the six per cent interest rate on Monetary Policy Rate (MPR) regime as well as the retention of the 200 basics points above for banks and 500 basis point below the MPR for standing lending facility and standing deposit facility respectively.

Commenting on this, Oluba said that the MPR is good at its current position for many reasons.

His words: 'Firstly, it will help to engender stability in interest rates as the rates will have remained around a very narrow band for some months now. Secondly, taking it higher will negate the CBN's pursuit of low cost of funds, as commercial rates would follow suit. Thirdly, interbank rates have been coming down thus signalling lower credit demand levels in that, loans market which invariably implies that taking the MPR upwards will not achieve a reversal but will further frustrate potential loan demand.

Sanusi spoke more on the committee's observations and decisions. The key concerns for policy in this era of global recovery were identified as follows:

• ensuring that the growing risk of fiscal deficit accumulated in the wake of the abating global financial and economic crises does not endanger the stability of financial market. In most of the affected countries, the huge fiscal deficit arose not only from increased spending but also from reduced revenues thus suggesting the need for greater focus on revenue generation in the finances of government;

• monitoring imbalances in capital flows across industrial and emerging markets resulting in different rates of recovery. This is to ensure that inflows of capital into the country are sustainable and avoid formation of asset price bubbles; and,

• the continuing global credit crunch despite unprecedented measures taken by central banks to inject liquidity in troubled financial institutions/markets. This underscores the need for focus on both supply side (monetary) and demand side (fiscal factor) in unlocking the credit market.

With regards to the continuing credit crunch, the Monetary Policy Committee had re-emphasised that credit growth is a function of demand and supply factors.

As the Central Bank is working to improve the supply side through the various reform measures to strengthen the deposit money banks balance sheets, remove toxic assets, and generally repair the financial system to promote the flow of credit, the demand side would necessarily require critical reforms in the real sector, particularly, power, energy and key infrastructure to reduce the cost of doing business and improve investment climate to generate balance-able projects, the CBN explained.

Meanwhile, the apex bank had also stated that the reform in the nation's banking sector has cut the inflation rate down from 15 per cent since March to 11.3 per cent.

The CBN reiterated that the reform has also brought stability into the financial sector, with the interest rate remaining at six per cent, while however admitting that there are still many hurdles to cross, stating that reform was an ongoing process that would have positive impact on the economy soon.

The governor had explained that the actions taken so far by the apex bank was aimed at improving corporate governance in the banking sector, adding that this has strengthened risk management practices in the banks.

According to him, since the apex bank began the reform, there have been major significant investments cutting across Nigerian banks, saying that this was achieved through the act establishing the CBN as the nation's apex bank coupled with the support of the Federal Government.

His words: 'The problems facing Nigerian banks could not be solved by political statements but by hard work and commitment to changing the status quo holistically.

The reform had brought about greater public confidence in the banking sector and the apex bank will continue to take actions that would protect both shareholders and depositors.

The apex bank governor hinted that one of the Nigerian banks - FinBank Plc was able to collect N17 billion loan within a month from its debtors, while stating that Bank PHB is currently making N45 billion profit. To him, this is one of the major achievements of the banking sector reform.

Sanusi however stated that as the CBN governor, he did not regret his action to turn around the nation's financial sector, stating that if he has another chance to do it again, he would do it.

Speaking on the genesis of credit squeeze in the manufacturing sector, Sanusi stated that the on-going credit squeeze did not commence as a result of the banking sector reform he did.

According to him, the issue of credit squeeze in the banks emanated from the 80's, noting that it was caused by the introduction of the Structural Adjustment Programme (SAP) by the former Military President, Ibrahim Babangida's regime.

Sanusi said that there were some right-wing Nigerians who misled the military to take the World Bank loan, which resulted to the programme, stressing that the SAP programme destroyed the nation's economy.

He said that agriculture has been the mainstay of the nation's economy in the country, noting that it has been contributing immensely to the nation's Gross Domestic Product (GDP), but now, the sector is only contributing one per cent to the GDP.

Similarly, Sanusi noted that the nation's textile industry employed about 600,000 workers, but now, because of the harsh operating environment, which led to the closure of many factories, it could only employ 25,000 workers.

Reacting to the N200 billion/ N500 billion credit facility scheme for both the Small Medium Enterprises (SMEs) and the textile industry, Sanusi explained that the apex bank has put in place structure that would allow the manufacturers to have access to the loan as a step to turn around the ailing industrial sector.

He hinted that the apex bank had a retreat meeting with all the banks' chief executive officers recently, where the issue on how to revive the nation's industrial sector was tabled and discussed.

The governor said that the roadmap on how to revive the sector was already in place, adding that anybody that collects the loan and defaults, the CBN will pay back the loan to the bank.

He berated the so-called power brokers, who according to him, had brought the financial institution into mess, adding that 'banks do not fail, but human error destroys the banks.'