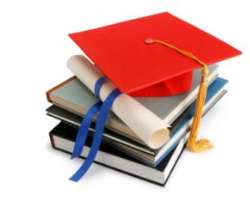 access to tertiary education to those from educationally developed

states and those from less developed state) and multi-ethnicity

(diversity) needed for a multifarious educational development in the

DISCRETION 10%. In this article I want to question the soundness of

this practice.
When an attitudinal assessment is made from the above what is depicted

WHILE BEEN 60% MINDFUL OF NON-MERIT. Without in-depth analyses this

shows that we have a very faulty system.
No doubt, the ideals which inform this practice are intuitively

worthy, but the manner which there are applied is what I want to

question. To proof how faulty this system is on a level of in-depth

analyses, I intend to interrogate it within the context of the

and cultural diversity and also propose a new system.

On the point of egalitarianism: some states are educationally less

developed hence if students from those states are not supported they

will be structurally marginalized. This will lead to unequal

development among states because some states will hardly produce

university graduates. Since the demands of this students are

their supply has been historically lesser, that support given to them

is justified. My problem is how this principle is applied to the

extent that it hugely demeans merit-ladenness. For students from ELDS

are been overly favoured to the huge detriment of students from

developed state e.g. a student who scores 240 in JAMB might not gain

admission into university of Ibadan while someone who scores 183 will

be granted admission in university of Ibadan. The fact that a student

is from an ELDS (e.g. Ebonyi state) does not mean he/she can not score

more than 183. Hence it is important that we set a percentage

equivalence system to avoid this mess and other forms of

indiscriminate arbitrariness.
Secondly, educationist who are in support of the status quo – aver

that the catchment area criteria aids the actualisation of a

reflection of this proposition proves it to be the opposite; because

giving greater opportunity to people from different parts of the

country the ability to apply to a specific university by eradicating

or drastically reducing the catchment area quota, is the best way to

ensure multi-ethnicity were many perspective can confluence, after

live- as a part of social education. In a civilized world premisses

of thinking disarms sentiments and bias because it crumbles the weight

of ethnocentric commitment, whilst fostering the ideal of

create a balance i.e. to equalise the value of merit and fairness.

Therefore we need a system that retains high level meritocracy and

apropos fairness to ELDS, in a way that is productive. One that does

not jeopardise merit or fair consideration. The percentage equivalence

system is that system.
The percentage equivalence system has the following as its theoretical framework

established it must take in the best available brains in the country.

educational process on that individual and the effect of our

university’s education on student determines how productive our

universities are.
Hence given two students with the same brain capacity; i.e. Student A

B=241, i will consider student B more qualified for admission due to

(ii) above
Before Adumbrating further details this is what the percentage

This system is good because it discourages laxity among students from

ELDS and catchment area. Within the context of the status quo states

have no good incentive to improve their education standard because

they have not been any massive educational development in most ELDS.

However this system will impress the state and federal government to

act since they will be pressured by citizens of ELDS. Hence this

system is holistically beneficial.
With the above we have been able to grant the ELDs student the

merit. However the 10% given for university’s discretion is preserved

for the sake of extreme cases.
If you prefer this system to the prevailing one, then spread the news.