The Moral Justification For The Ongoing Nationwide Warning Strike By Nard! 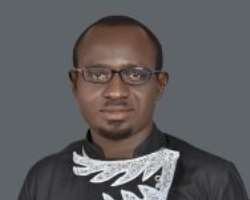 Rising from the National Executive Council (NEC) meeting held on January 17, 2017 at the National Trauma Centre, National Hospital Abuja, the National Association of Resident Doctors (NARD) has declared a 7- day warning strike starting from Wednesday January 18, 2017 through Midnight of Tuesday, January 24, 2017. Sequel to this, NARD urges all centres to participate and to ensure compliance.

This strike is due to the federal government’s insensitivity and indifference to the passionate demands made by NARD. As at the last World Health Organisation (WHO) ranking in the later part of 2015, the World Health Organization ranked Nigeria 187 out of 191 countries in its ranking of the world’s health systems.

This means that Nigeria’s health care system is only better than that of three countries, Democratic Republic of the Congo, Central African-Republic, and Myanmar. Our neighbouring countries such as Ghana, Togo, Niger, Mali, Chad ranked better than Nigeria with 135,152, 170, 163 and 178 respectively. Who knows what our position will be in the next WHO ranking? I may not be wrong if I speculate that it may be at the 191th position out of 191 countries. What a shame for ‘a giant of Africa’.

In view of this, the members of NARD nationwide were instructed to mourn our ‘demised’ health sector and many centres complied. For the avoidance of doubt, I will reproduce the unbiased and passionate NARD demands thereafter and I urge the media and the Nigerian public to rise up to this challenge, aimed at revitalising the moribund state of our health sector. This is because our politicians travel abroad to check their blood pressures among other causes of medical tourism abroad.

Common ear infection took Mr President abroad when there are significant number of Nigerian Otorrhinolaryngologists (Ear, Nose and Throat specialists) and E.N.T. units in our federal health institutions. That is to say the least, most embarrassing and an affront to not only the Nigerian medical doctors but also to all sensible Nigerians. If Mr President could afford the medical tourism abroad with tax payers’ money, what happens to the common Nigerian who lives below one US dollar per day?

How many Nigerians have the wherewithal to embark on such medical tourism abroad in case they have ear infections? If we allow our politicians to always travel abroad when they have health needs, how will they personally ascertain the inadequacy of medical equipment in our federal health institutions? NARD is simply demanding that our hospitals be well equipped and the health workers properly remunerated.

THE PASSIONATE NARD DEMANDS:
Roadmap and timeline for the implementation of the National Health Act signed into law in 2014

Immediate enrolment of residents into IPPIS with appropriate skipping

Disclaimer: "The views/contents expressed in this article are the sole responsibility of the author(s) and do not necessarily reflect those of The Nigerian Voice. The Nigerian Voice will not be responsible or liable for any inaccurate or incorrect statements contained in this article."
Articles by Paul John
13-5-2017  Rising Case Of Suicide Among Nigerian Medical Doctors10-4-2017  Depression: But The System Prevented Dr Allwell Orji From Talking28-3-2017   between My President’s Waec Certificate Saga And Melaye’s University Certificate Probe!12-2-2017    The Esoterism Of The Current Administration19-1-2017  Nysc Demand Of Medical Certificates: Another Misplaced PriorityMore...