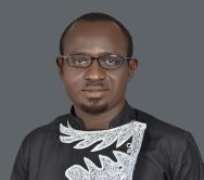 I was surprised when my little cousins ready for the 2016 Batch B Stream II Orientation Course which would run from Tuesday, 24 January to Monday, 13 February, 2017, came to inform me that medical certificates were compulsory for every prospective corps member. On further enquiry, I learnt that NYSC has made it compulsory that every prospective Corps member must come to the NYSC camp with a medical fitness certificate from any government hospital.

Although I have no problem with the new demand considering the deaths of corps members in the last stream, my problem is that NYSC authority has technically avoided the issues that should be addressed first. How have NYSC authorities addressed the poor sanitary conditions in their camps nationwide?

Concerning the Camp clinics, what are their levels of preparedness in tackling health emergencies? Although the NMA national president, our own Prof Mike Ogirima, has urged NYSC authority to engage the services of at least one medical consultant in each state NYSC camp, my own further suggestion is that the Director of Medical Services (DMS) of each state ministry of health, the state NMA officials with other relevant bodies in each state should as a matter of urgency visit each state NYSC camp clinics to ascertain their levels of preparedness in managing medical emergencies.

This is important because even if NYSC authorities contract the services of 100 medical consultants but fail to procure emergency medical equipment and drugs, the medical consultants with their junior colleagues will only turn to prayer warriors when any medical emergency crops up in the camp. I am not in any way saying that the professional piece of advice by our very own Prof Ogirima should not be followed; all I am saying is that the poor states of our camp clinics should also be addressed.

The environmental health officer went ahead to tell us his own personal experience the day he defied the rule to visit one government institution, he said that he had not reached his own house after the close of work that same day when the local government chairman called him to warn him never to go there again and he complied. In view of this, NYSC officials should allow the state environment health officers to independently inspect their camps to ascertain if the available facilities will be enough for the expected number of corps members.

Their findings should also be made public and not to be given to the NYSC officials where they may be swept under the carpet. The Director of Public Health (DPH) in each state ministry of health should equally visit the NYSC camp in their states to ascertain the level of preparedness of the camp in preventing or handling public health issues.

This is important because the medical certificate demanded by NYSC authorities can certify a corps member clinically fit but the poor sanitary conditions of the NYSC camps are enough to break down such corps member .I need not tell the DPH that there are diseases that can be contracted in crowded places or in places best described as slums.

Those that prepare their foods and the places the foods are prepared should also be inspected. I need not talk about the quality of their food since there is an alternative of buying from private food vendors. The onus lies on the corps members whether to experience malnutrition or not.

The conditions that the corps members are meant to pass through while in the camps are enough harrowing experiences, then introducing another strenuous exercise is what Hooke’s law calls the elastic limit , beyond which we expect both the yielding and breaking points.