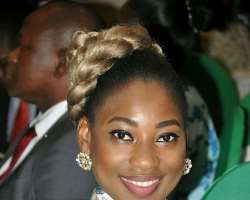 The Nigerian Writers Award team has officially unveiled one of Nigerian

seasoned multi-award winning broadcaster Wofai Samuel, as the host of the

2017 award ceremony, she is known for her dynamism and professionalism.

bring together Nigerian writers of different genre from literature, media,

entertainment and arts and those in the diaspora.
Wofai Samuel is a seasoned Nigerian Broadcaster whose clientele cuts across

international events.
Responding to the announcement, Wofai Samuel, said; am indeed glad to be

part of this creative innovation, I was delighted when I received the

information to be the host of this year’s edition.

received massive reviews and positive responses, the brand is truly a brand