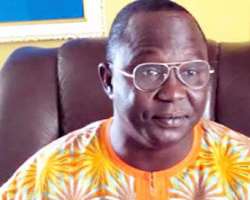 The Nigeria Labour Congress (NLC) has said Nigerians will not be able to take another fuel price increase in view of the harsh economic situation in the country.

The General Secretary of the NLC, Dr. Peter Ozo-Eson, told one of our correspondents on the telephone on Sunday that the government should review its policy on subsidy that led to the increase in the fuel pump price from N97 to N145 per litre last year.

It was reported that the Federal Government had started paying subsidy on fuel as a result of the increase in the landing cost and total cost of fuel from N122.03 and N140.40 per litre respectively to N145.

Ozo-Eson was reacting to reports that the landing cost of petroleum had increased from N140.40 to N145, the same amount with the current fuel pump price in the country.

He recalled that the NLC had said during the last fuel increase that the policy was bad and not ripe in an import-dependent regime as it was bound to further weaken the naira.

He said, 'The policy that is being pursued is not one that can grant you stability in price. When they raised the price to N145, we said so; that with time, given an import-dependent regime, for such a policy, the value of the Naira will be severely weakened.

'We actually remember saying then that before the end of the year, the Naira will be close to N500 to a dollar and it has come to happen. If you translate the current value of the Naira through the template, you are going to find that the landing price would be higher.

'The burden is on the government. That is where the issue of policy comes in.  It is government policy that led to the price going to N145. Given the realities on the ground, now the government needs to revisit its own policy.'

He added that the government ought to be sure of domestic refining capacity before embarking on the removal of subsidy, which resulted in the fuel price increase to N145 per litre.

He explained that the actual landing cost would be determined by the Petroleum Products Pricing Regulatory Agency, which, according him, is still working on the price template.

When asked what the NLC would do if the fuel price is increased again, he said, 'That is not for me to say. It is not an individual who makes such pronouncements. Whatever develops, we may also engage it and decisions would be taken and communicated to Nigerians.'

Also, the President of Trade Union Congress, Mr. Bala Kaigama, said the labour unions were members of the board of the PPPRA and were not aware of the planned increase.

'TUC, NLC and all the unions in the oil and gas industry are members of the governing board of the PPPRA. So, no increase can be done without our knowledge and we are not aware of such move,' he said.