HOW TO TRANSFORM A NATION THROUGH TRUTH AND HONESTY. (Part Two) 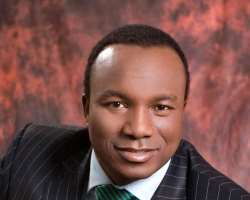 On the other hand, let me show you a picture of another country. In Switzerland and generally all over Europe, there is nothing to celebrate when a man brings to the police a purse or a bag of money that does not belong to him, which he found in a restaurant, store or in a café. That is regarded as the normal duty of a normal citizen.

The difference? Simple! Honesty and truth is part of the fabric of the European society. In most European countries, if you are been offered money, bags of food or things like that in exchange for your vote? That is regarded as corruption in the highest order. In which case both the giver and the taker would end up in prison.The difference?The culture of honesty and truth that is prevailing in the society.

If we in Nigeria and Africa generally are to experience a true national transformation, we must purposefully begin a campaign for national reorientation. There must be numerous movements championing the cause for truth and honesty in every aspect of our daily affairs.

“Justice is turned back, and righteousness stands afar off; for truth is fallen in the street, and equity cannot enter. So truth fails, and he who departs from evil makes himself a prey.” Isa. 59: 14-15

For example in Singapore there is punishment for all kinds of things:

1. If you are caught chewing gum, you are penalized. You pay an amount of $1000 dollars or a year in prison.

2. If you cross the road in the wrong place you are going to be penalized because you did not act by the truth. You pay a fine of $200 dollars.

3. If you are found littering the place by throwing bottles or paper on the ground, you are either imprisoned or heavily fined $800 dollars.

4. If you are caught spitting or defecating in public, you are heavily penalized with prison or a heavy fine.

5. If you are caught throwing a cigarette butt, you would be penalized with similar punishment. $1000 dollars for first offender and $5000 dollars for repeated offender.

6. If you are caught with illegal drugs, you are sentenced to death.

7. Eating in public transportation or smoking at an outdoor bus stop incurs fines ranging from $500 – $1000 dollars

8. If you are caught vandalizing, like making graffiti. You are canned maximum of 24 strokes on your bare buttocks.

9. If you use the toilet and do not flush it after yourself, you will be caned.

10. If you walk about undressed or nude, even in your own house, you would be heavily penalized. If you hug in public without permission you would be penalized.

11. If you criticize other religions, you are going to prison.

12. If you tell lies, example introducing a stranger as your friend, it is considered deception and you go to jail.

13. If you log into an internet connection that you have not paid for. It is considered harking and you have to pay for it. $5000 dollars.

14. If you are caught in unlawful sexual relationship, 2 years imprisonment.

15. Mutiny, discharge of firearm, treason, murder are punishable by death.

20. Racism attracts heavy penalties.
From all these points we see above, we can clearly see that the Singapore government believed solidly in the principle of truth and honesty. They did not hold back, but went all the way to enforce it in their society. I believe that without this kind of strict enforcement of penalties for any offense violating the principles of truth and honesty, Nigeria and Africa will not be able to move from our present state of underdevelopment into civilization.

Let me submit here that it is not the amount of money or natural resources a nation has that determines how civilized it would be. Singapore, Switzerland, Austria, and many of the European countries that we all admire today, don’t have one tenth of the natural resources that African countries have. Yet, because of the principles of truth and honesty, they have been able to build some of the most civilized societies in the modern world.

Let’s take for example Switzerland. A country without much natural resources but well reputed for truth and integrity. As a result, they are now known as a country of banks. Why? Because as I said earlier, if anybody loses his suit case full of money anywhere in the country, everybody knows that the level of truth and honesty in the nation is so high that you would not lose your money. It shall be returned unto you. That reputation has gone before them for hundreds of years. As a result, even people who steal money from other countries wish to keep them in a safe place. Where? The answer - Switzerland!

Nigeria is a good testimony in that regard. A country with abundance of wealth, but because of lack of truth and integrity, the wealth are stolen. But the paradox of the whole thing is, this stolen wealth always find their way to nations with no apparent natural wealth, but with a high credit of degree of truth and honesty. The conclusion therefore is wealth will always find their way out of societies where truth and honesty are not established into the societies where there are principles of honesty and truth.

Almost on a weekly basis, we hear about SaniAbacha’s looted funds that are discovered either in Switzerland or Belgium or some other western countries. There are constant reports of foreign bank accounts of our politicians with stolen money in foreign countries. The story of UmaruDiko has become a reference point in our nation’s history.

The truth therefore is that great nations become great not because of their amount of wealth and natural resources. Great nations become great thanks to their wealth of truth, honesty and other virtues. Wealth will always find a way of escaping from societies without an established system of truth and honesty, into societies that are well established in truth and honesty.

I hope that mine would not remain an unheeded voice of one crying in the wilderness. It is my prayer that our newly elected Nigerian government would heed to this voice of conscience and start a massive crusade and movement to establish truth, honesty and other virtues in our society.

I also pray that other nations in the African continent and in other developing parts of the world, would hear this cry and give their people a gift of development and civilization through the establishment of principles of truth and honesty.