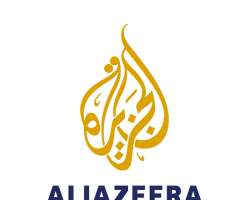 Interpol - the world’s largest police organization - has told Al Jazeera that they have identified cases where member countries have not complied with their rules on international wanted alerts.

The disclosure comes in Interpol: Red Alert!, a People & Power documentary on Al Jazeera, which follows allegations that member states have used Interpol’s wanted notice system to target political opponents. In testimony gathered by People & Power, individuals describe how some countries have been able to pursue them across borders on apparently politically motivated charges.

Each of Interpol’s 190 member states can request that Interpol circulate a ‘Red Notice’ informing countries across the world that an individual is wanted for serious offences. In 2015 Interpol issued over 11,000 Red Notices. Countries can also use Interpol systems to circulate ‘Diffusions Notices,’ which are described as ‘less formal’ than Red Notices and are also used to request the arrest or location of an individual.

Member states are expected to abide by Interpol’s constitution, which states that it’s strictly forbidden for the organization to undertake any intervention or activities of a political, military, religious or racial character.

Speaking to People & Power during Interpol’s 2016 General Assembly in Bali Indonesia, Interpol Secretary General JürgenStock stated that while such “non compliance” with Interpol’s rules was “the exception rather than the rule,” Interpol took every case “very seriously.”

Questioned on which member states might be serial offenders when it comes to non-compliance with Interpol rules, Stock did not identify the countries concerned, saying that if Interpol identified “non compliance” the organization provided feedback to the member country.

Stock also stated that he has introduced a task force to review every request for a notice “even more intensively.”

Stock’s comments on Red Notices – a crucial crime fighting tool – follow pressure from critics and activists for Interpol to filter out politically motivated wanted alerts before Interpol issues the notices through their secure data bases.

The UK-based NGO, Fair Trials International, has been among the voices calling for Interpol to do a tougher job at reviewing wanted alerts before they are circulated.

“Interpol has been allowing itself to be used by oppressive regimes across the world to export the persecution of human rights defenders, journalists and political opponents by circulating these global wanted alerts from them,” claims Jago Russell, chief executive of the NGO Fair Trials International. “It has to get used to saying no to member countries. I think it can be done and I think Interpol has to do it to maintain its reputation.”

In addition to filtering out abuse of wanted notices before they’re circulated, critics have also called on Interpol to make it easier to challenge information held by the global policing organization.

If individuals believe they are the subject of a politically motivated wanted alert, they can contact an organization called the Commission for the Control of Interpol’s files (CCF). However, this body has come under fire over the length of time it takes to settle cases, and claims of a lack of transparency.

At their General Assembly in November last year, member countries agreed changes to the CCF which they say will “strengthen the integrity of Interpol’s information processing mechanisms.”

Nina Vajić, the CCF Chairperson, said that while this could mean a more streamlined process in gaining information held by Interpol, the policing organization still has to rely on member countries to co-operate and provide data.

Each Interpol member country has a ‘National Central Bureau’ (NCB) who provide information for an Interpol wanted alert. “The Commission will always have to rely on the willingness of the NCB’s to co-operate, because according to the principle of national sovereignty, the national bureau’s remain owners of that data,” she told Al Jazeera.

Watch and embed the promo: https://www.youtube.com/watch?v=w5LZvwgVGtI .