THE FIGHT AGAINST CORRUPTION AND THE GRAND SOLUTION 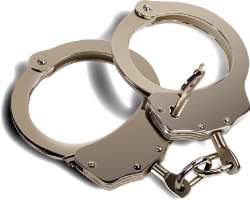 On Friday, January 6, 2017, I was invited to present a paper on the topic, Nigeria situation; The Fight against Corruption and the Grand Solution at The Youth for Positive Change get together and Interactive Section with the Leaders of Imo state. Though I was unavoidably absence due to health challenges, I have decided to serialize the lecture in my column.

1. Introduction
Dear youths of our great State, Imo and nation Nigeria, as revolutionists and agitators for positive change, we have come together today not to receive lectures but to jointly review the realities of life facing our dear nation Nigeria and therewith assess the fight against prevailing corruption in the country, and to jointly discuss the possible lasting solutions to this national quagmire.

If I may ask, what is the Nigerian situation? Does Nigeria have a peculiar situation? Has it been so from onset or did it start at a particular time in the history of the nation? The Nigeria situation is a household word in every social-class and family in the country today, the poor and rich alike. All cry. This crying has attributive names given to each. Some call the Nigeria situation ‘Buhari’, others call it ‘APC’, some say it is the carcass left by former President Jonathan and his PDP-led government. Many others see it as consequent of the sins committed by the citizens of the nation as well as the gross corruption in its leadership. There are also some that say, it is as a result of international and continental economic meltdown. All these are true about the Nigeria situation, but most of these assertions are more of intentional attacks against the mam than against the facts on board or being discussed.

The truth about the Nigeria situation is that the masses in the nation have reached the apex level of endurance on suffering and untold hardship. Social critics see malaise in its national leadership and thus say that Nigeria has been eaten deep by corruption. Consequently the citizens have suffered various types of wants, malnutrition, starvation and general financial crunch. Prices of goods rise daily in geometrical progression while the income earners rotate with same measured amount of money, monthly without increase in their salaries. Our economy and monetary values are measured and assessed in accordance with the valuation and devaluation of the American Dollar. Foodstuff sellers hike prices and say ‘Buhari’, palm kernel oil sellers raise prices and refer to ‘Buhari,’ foreign rice and some other household’s common foodstuffs are like taboo-goods to the average Nigerian, and in all these, price hikers say that it is ‘Buhari.’ The nation basically relies on crude oil, and has drowned all other spheres of generating resources for the nation, which were the major sources of income to the nation before and a decade after Independence. We are told that Mr President is in it, and sin all these; as well as in the fight against corruption. These and many more we will discuss now together, in order to find out the grand solutions to the national quagmire.

2. The Nigeria Situation
Like I rightly pointed above, Nigeria is in a situation and this situation is gradually becoming peculiar with the nation. The situation started at the sunset days of the administration of President Jonathan, though electioneering campaigns could not allow these to be carefully captured, as every eye was in the change of government ahead. Nigeria thus falls into a historic peculiar situation, being the first ancient and modern African State to have its incumbent President defeated in a general election conducted under its administration. Both the political party of the defeated incumbent President and that of his successor, accuse each other as responsible for the present Nigerian situation.

With the chute of Jonathan, and the characteristic trait of Nigerian politics- ‘The winner wins all and looser loses all,’ it seems the administration of Jonathan went home with the remaining socio-economic relief in the country. Nigerians that hungered for change had its greater masses rejoice over the change of new party-led government, especially with the highly chanted mantra of change and avowed fight against corruption that President Buhari promised Nigerians he will embark on in order to restore and reposition Nigeria to its former glorious state among committee of nations.

All eyes looked unto Buhari and patiently waited on his promises, and thus got the initial shucks that were overlooked, especially the delay in appointment of ministers and other federal appointive leadership posts. President Buhari thus developed strange and peculiar approaches to the affairs of the nation. The said fight against corruption began, perhaps as a bite against corruption than fight, and this led the nation to certain revelations. There was the disclosure of the cause of the exceeding raid of the Boko Haram set; this unveiled the Dasukigate saga, which was applauded by many Nigerians. Though, this later turned into a calculated corruption probe against corrupt PDP members and the declaration of an unsaid amnesty on past but well popular corrupt APC members that fill the present administration of President Buhari.

After this probe, there were some shakeups in different federal Parastatals and Ministries as a result of the fight against corruption. Suddenly, things fell apart, without knowing how. There was the removal of fuel subsidy and deregulation of the downstream sector, the change in crude oil products’ prices, and NLC embarked on strike without tangible success. This caused untold hardship on the Nigerian masses and conversely affected prices of commodities and services in the nation. A little while again began the devaluation of the Nigerian currency, and prices of goods and services were reviewed without stability and in paripassu with the regular rise and fall of Dollar in the market. Sooner, things fell widely apart and like William Wordsworth said in his poem, The Second Coming, even ‘the centre cannot hold’. Every commodity price rose between 50-80% more than their previous prices.

The masses cry out in agony, but there leaders seem not interested in their cry but in the fight against corruption, which in essence is a good event for the country, though the concentration diverted the proper attention needed for State’s socio-economic mechanisation. Nonetheless, this good later resulted to the abandonment of socio-economic mechanisation of national welfare. The administration devoted interests in numerous bans and embargoes on importation of goods, and this threatened the comprador bourgeoisies to withdrawing from investments, and thus partnership with foreign investors became unfavourable. In ripple effects, this resulted to mass exodus of previous and prospective foreign investors in Nigeria, and thus a put to hold of industrialisation in the country. Many Nigerians have lost their jobs in this hardship period because of the above facts.

Close to this is the eclipse of other sources of income generation from other spheres of the Nigerian economy. Oil palm that Nigeria was popular with decades back is today the major source on national revenue generation for countries that borrowed palm seedlings from Nigeria. Coal, tin ore, zinc, salt, farm products, skin and hides, etc., that formerly made up the nation’s revenue sources have been silenced for decades now. Their activation and functionalism is tantamount to the creation of enormous job opportunities to great many unemployed Nigerians.

The culmination of this is the doubled economic recess witnessed in Nigeria today. This administration unlike the previous ones has not been able to manage the recent economic meltdown very well. It has rather maintained a one-sided concentration- On the fight against corruption, while neglecting other aspects of the national economy. Every other facet of our national economic life has been neglected, their mechanisations crunched and workers are retrenched for non-productivity in their sectors, all resulting to unemployment and to the multiple poverty in the nation and thus to the present crisis Nigeria is facing.

This later fact leads us to one of the most outstanding feature of the Nigerian situation- Unemployment. In this unemployment, it is the youthful category of Nigerians that are mostly involved. Kelechi Ewuzie (Business Day: Wednesday, August 5, 2009) noted that: “One of the greatest challenges that the nation’s youths contend with is unemployment. As the scourge intensifies on daily basis, not a few graduates are beginning to realise that job-hunting is a lot more difficult than schooling. A few years back, a good education was all it took to land a lucrative job. But that, however, is no longer the case. Today, a good number of graduates are forced to resort to crime and prostitution because they spend endless years waiting for job that often times are not secured when needed.”

Close to unemployment is the problem of none payment of workers’ salaries and entitlements. Today, it is a common practice that, while the politicians cruse round the nation’s comfort and pleasure joints in affluence, the civil servants who are the soldiers of the administration, pay for their transportation to working places, feed, clothe to work, without being paid for months. In Imo for instance, it is becoming obvious that even when the salaries in arrears are to be paid, some percentage must be cut off in the name of economic recess, and sacrifices to one’s nation.

Thus, Nigerian workers work without payment. Retirees die off. Their pensions and gratuities are never paid. Sometimes it takes some State Governors half a year to pay a month pension to its aged former civil servants that have retired. They wallow in hunger and anguish. The worst is that most of them still have dependent children, youths that unemployment have made to remain reliant on the little meagre pay from their parents unpaid salaries and pensions. My dear, let me tell you, the most salient working condition for an employee, is the wages, and not only it but its regularity and punctuality. TO BE CONTINUED BY NEXT WEEK