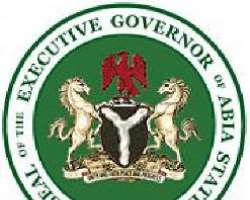 The owners of the United States of America based auto parts company by the name “western auto parts and service center ltd” presently find themselves at the verge of losing the commercial trust which a significant sector of foreign investors have already lost in doing business with the government of Nigeria. This is as ukpakareports.com have documentary information indicating that the government of Abia State under the governorship of Theodore Orji masterminded the swindling of the USA based car dealer of N25,960,000 in the pretense of doing business with the foreign based auto dealer.

With the go ahead, the USA based auto dealer sprung into action. They entered into loan agreement with First Bank PLC for the supply of the said vehicles and associated expenses – at a rate of 17% per annum. The dealer was to supply 1,500 Chevrolet Aveo at N2.2million each.

The approval of the project was officially related to the commissioner of works through an October 8, 2007 letter reference CHA/PL/5.7a/XVI/932 and captioned Abia State Economic Empowerment Modern Taxi Scheme: Western Auto Part and Service Center Limited. The letter was signed by the Chief of Staff to the Executive Governor, Mascot Uzor-Kalu [brother to the former governor]. The letter read, “I write refer to your letter No. CON.200/5 of September 2007 on the above issue and hereby convey His Excellency's approval for you to go ahead with your proposal as contained in your letter under reference”. [see letter]

The payment of the N11.8million opened the doors to an avalanche of financial mischief on the part of parties associated with the PPA government in Abia State.

On December 2007, the wife of Governor Theodore Orji demanded that the auto dealer supply her with a 16-seater bus before the approval details are sorted out. In response, the auto dealer 'donated' a Dodge Ram Bus to the 1st lady of Abia State. This was contained in a December 12, 2007 letter to the 1st lady of Abia State informing her of the 'donation'. The letter reads, “as our contribution to your continued pursuit of greatness, we humbly and graciously donate a Dodge Ram Bus [16-Seater] to assist you and your projects to achieve its targets and goals”. The Dodge Ram was valued at N6.5million. [see letter]

Prior to the request by the works commissioner and the approval by the governor, the State PPA Chairman had sat with the auto dealer to demand for a vehicle. Responding, the dealer donated a brand new 2007 Chevrolet Aveo NB. The donation was made on June 8, 2007 in a letter written to the Chairman. The vehicle was valued at N1.85million. [see letter]

The activities of the PPA Chairman [Chief Anele] concerning the taxi scheme did not stop at his demand for a brand new vehicle. He went on to place an order through the dealer for a Chevrolet Epica 4doors, 2.0L, AT, black with engine number KLIVM5297B088347 and Chassis number X200108L908K. The vehicle was valued at N4.15million. He issued an FCMB check [number 02775108] for N4.15million on October 25, 2007 - a dud check which bounced twice when present at the First Bank PLC Owerri Main Branch.

Adding muster to the already fermented stench was the works commissioner's demand for additional money [N12million] from the dealer. Of which the dealer did not respond in the manner the commissioner wanted. The dealer refused to dish out the requested sum. Reacting, the commissioner raised a letter dated April 4, 2008 notifying the dealer that the contract has been cancelled. The letter was captioned withdrawal of approval and referenced NOWT/AD/215/I/29. It reads, “Further to letter number DOWT/AD/154/II/84 of October 16, 2007 from this office wherein approval was conveyed for you to supply 1500 Chevrolet Aveo NB 1.5L cars at the cost of N2.2million each, I hereby inform you that the approval has been withdrawn”. The letter was signed by the permanent secretary, Mrs I. O V. Agu, for the commissioner. [see letter]