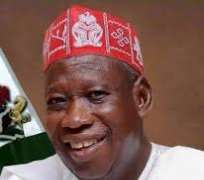 This is contained in a statement signed by the state Head of Service, Muhammad Na’iya, and made available to journalists in Kano on Tuesday.

The statement further revealed that the nine local government employees were scheduled officers under the platform of REMITA.

According to the report, the government has handed over four employees of the Kano State Pension Funds Trustee, including two top members of Kano Pension Union to police authorities for investigation but he refuse to mention their names.

The four persons, whose case files had been handed over to the state Public Complaints and Anti-Corruption Commission for investigation, were accused of connivance to siphon public funds.

Furthermore, the statement expressed the state governor’s concern over the salary scam, warning that any violation of due process, contravening the government’s quest against corruption would not go unpunished, because the state government will not deceived the Good peope of the state that give their believe to them.

It added that the state government would deploy the necessary machinery to recover all the diverted funds.