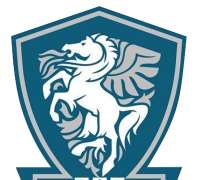 There are good Nigerians...many good Nigerians
By Prince Charles Dickson, PhD
'Twas battered and scarred,
And the auctioneer thought it
hardly worth his while
To waste his time on the old violin,
but he held it up with a smile.
"What am I bid, good people", he cried,
"Who starts the bidding for me?"
"One dollar, one dollar, Do I hear two?"
"Two dollars, who makes it three?"
"Three dollars once, three dollars twice, going for three,"

But, No,
From the room far back a gray bearded man
Came forward and picked up the bow,
Then wiping the dust from the old violin
And tightening up the strings,
He played a melody, pure and sweet
As sweet as the angel sings.
The music ceased and the auctioneer
With a voice that was quiet and low,
Said "What now am I bid for this old violin?"

"Two thousand, Who makes it three?"
"Three thousand once, three thousand twice,
Going and gone", said he.
The audience cheered,
But some of them cried,
"We just don't understand."
"What changed its' worth?"
Swift came the reply.
"The Touch of the Masters Hand."
"And many a man with life out of tune
All battered and bruised with hardship
Is auctioned cheap to a thoughtless crowd
Much like that old violin
A mess of pottage, a glass of wine,
A game and he travels on.
He is going once, he is going twice,
He is going and almost gone.
But the Master comes,
And the foolish crowd never can quite understand,
The worth of a soul and the change that is wrought
By the Touch of the Masters' Hand.
So the story started just like a joke...and sure all stories most times start like one, I had activated the holiday mood. I updated my Facebook page with what was on my mind, and then almost quickly a response came in, asking me where are you?

I looked at the name and discovered it was not a familiar one, so I went to the person's page and the following quick conversation took place.

Ruth Baker Mgbejume
Are you looking for your ATM and national ID?
Prince Charles Dickson
Pardon
Ruth Baker Mgbejume
My husband picked an ATM card yesterday
We used the name on the ID to search on facebook
But if you’re not the one ignore please
Well, I quickly reached for my wallet which was o the dinning table and noticed that though my other cards were intact, my Access Bank Credit Card and National ID Card was nowhere to be found. So the conversation continued

Ruth is a High School Biology Teacher at TCNN Staff Secondary School, Bukuru, Jos, she studied at UniMaid, was possibly raised in Kaduna, and is from Lassa in Adamawa.

Alfred Bake Mgbejume is a Josite, he attended the popular St Mulumba and off course University of Jos, my alumni.

This lovely couple with a daughter took the pains, and went to the social media, traced me and we met, and they gave me my possession.

Now before I relate this incidence for us to reflect, many decades ago, I had read Onyero Mgbejume, the late Radio-TV-Film academic and scholar, I recall it was 'Film in Nigeria: Development, Problems and Promise’. And nothing in theat flirting read, ever revealed I would meet an Alfred who would be an Mgbejume and Onyero's son.

Ruth and Alfred Mgbejume are Nigerians and they are good Nigerians. They both come from a good pedigree, they may not be given an award for their simple act. However, they are a reflection of what is missing in Nigeria...Good, and really if only we search there are indeed good Nigerians

We gather from the grapevine that there would be a cabinet reshuffle, fair enough, I am not a politician and I am not canvassing for an appointment, but Mr. President I insist should look for good men, men that are not moved by the winds of confusion.

Like the old violin, Nigeria has potentials but for how long, at what point would we get the right person to play out her worth. We are first amongst equals in many facets of human lives, having scored several innumerable firsts. We are good people but we have simply refused to get good person, the Mgbejumes that can play the strings and bring harmony to the tunes of nationhood.

We need leaders, good leaders not just position holders, those that cannot take a lead and accomplish something, not those with chains of degrees, but those that can play out the strings of leadership. As we end another year, Nigeria's search for good governance continues, the skelewo dance of shame is nowhere ending in different facets of our lives, is there hope that good men are coming next year—Only time will tell