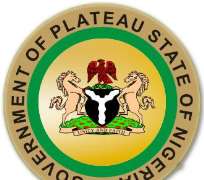 The suspected robbers opened fire on the vehicle of the former commissioner, which had Vongsing as one of the passengers, and also injured the driver of the vehicle.

Wazhi, and his driver, was taken to the General hospital in Mangu, where he was confirmed dead while the driver was referred to the Jos University Teaching Hospital, JUTH, for more medical attention.

THEWILL gathered that the incident occurred on Thursday night, along Mangu Barkinladi road, as the victims were returning from a peace-making function at the southern zone of the state, where more than 30 communities from six council areas agreed to end years of hostilities, which had led to the death of hundreds of people and destroyed property worth millions.

The reconciliatory meeting was attended by Governor Simon Lalong and was organised by the Geneva, Switzerland-based Centre for Humanitarian Dialogue, HD.