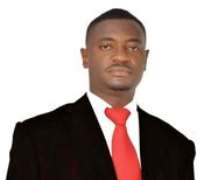 Aku Obidinma, aka Abdul, an Imo State based social crusader, Human Rights Activist is still languishing in prison custody long after fulfilling the stringent bail conditions, meted out to him by a Magistrate that has strangely turned justice upside down in Imo State. More than a month ago, Aku Obidinma who is the National Co-ordinator of Imo Billie Initiatives was reportedly picked up and abducted by men said to be operatives of the Directorate for State Security (DSS) allegedly on the promptings of the Deputy Governor of Imo State.

After putting him out of circulation for some days and afraid that their evil machination of silencing him for life has been exposed, they dragged Mr. Obidinma to a magistrate court at Nworieubi in Mbaitoli LGA. Rather than dispense justice appropriately bearing in mind that the accused is not a common criminal, the magistrate gave as condition, Traditional Ruler to sign the bail bond which they succeeded in getting a traditional ruler to do. Few hours after signing the bail bond, the Traditional Ruler faced a barrage of threats from the powers that be in the state for which he was coerced into disowning the bail bond. Next is a level 16 Officer at the National Assembly (name withheld) as demanded, who was also rejected as a signatory to the bail bond with the magistrate claiming that she does not reside in the community where she is married. Even though his attempts to get those who could sign the bail bond for him was a herculean task, he accomplished it later.

Reacting to the continued remand of the Activist in prison custody, the “Imo Billie Initiative for Social Justice, Abuja chapter with Comr. Aduradu Okey as FCT Co-ordinator said, “IBILLIE condemns those they referred to as the powers that be for the political persecution of Aku Obidinma, who is our National Co-ordinator”. It stated in the release issued in Abuja, that Aku Obidinma’s plight and predicament started with a purported Facebook or social media criticism of the Deputy Governor of Imo State, Prince Eze Madumere. “You will recall that the activist who also hosts the popular Mandate Monitor radio talk show on MyRadio 100.9FM, Owerri, was arrested on the 21st of November 2016 in a manner that could be described as an abduction and chained on both hands and legs and later charged with public incitement and defamation at Nworieubi Magistrate Court in Mbaitolu for four days”, the release disclosed, it was not specifically mentioned the famous person he defamed and what makes a politician famous for that matter.

According to them, part of his alleged crimes was promoting good governance and demanding accountability from the governor of Imo State and his deputy at government house, Owerri.

They wondered why the officials of DSS which in the past have been inviting the activist, who equally responded promptly to such invitations, will eventually and surprisingly resort to a hardened manner of guerilla warfare in its arrest and detention of Obidinma.

Furthermore, Imo Billie Initiatives explained the raison detre for the ugly fate and punitive unleashed and visited on Aku Obidinma by the authorities at Imo government house. “We want the world to know that the persecution of Activist Aku Obidinma is a political witch hunt aimed at cowing him and a smokescreen to ensure the much anticipated maiden edition of the Imo good governance lecture slated for January 5, 2 017 is aborted and truncated”.

Imo Billie added that the non partisan group “Imo Billie” under the leadership of Aku Obidinma as National Co-ordiantor is presently demanding from the Imo State government the details of the N26.8Billion Bailout fund which it received from the federal government. Other demands include the details of the funding of the 27 General Hospitals claimed to be constructed by the Rescue Mission administration in 27 LGAs of Imo State since 2011. How and when it was captured and or appropriated in the budget, or whether the project was conceived by strictly observing the procurement act in its construction, how much fund was appropriated, the extent of work or jobs done on each and which contractor is handling the construction. The state government under Rochas Okorocha was equally implored by Imo Billie Initiatives to make available such details as the structural designs, bidding processes, budgetary provisions, competences of the contractors or otherwise on all the roads being constructed or executed by the government of Imo State. Aku Obidinma and his group “Imo Billie” in the interest of tax payers in Imo State are also demanding the details of the $2Billion contract which Owelle Rochas Okorocha’s government claims to have signed with a South African firm (ADF) group to develop rural parks in the oil producing LGAs. According to the release, they have also alerted both the President and Commander-in-Chief of the Armed Forces of Nigeria, General Muhammadu Buhari, Senate President Bukola Saraki and other stakeholders on the looming crisis should Aku Obidinma continue to languish in prison custody.

“We are therefore calling for the immediate release and stoppage of Activist Aku Obidinma who is now a prisoner of conscience having met the condition. We call on all lovers of democracy, rule of law and freedom of expression to rise to condemn in very strong terms, this travesty of justice and facism brewing in Imo state as if allowed, will set a bad precedence.

Finally, the group, Imo Billie Initiatives has threatened to embark on protest march round the city of Owerri should those concerned fail to bring pressure on Okorocha and his cohorts to allow the bail already granted their National Co-ordinator. “There is no doubts that the continued incarceration of Aku Obidinma is setting a stage for cataclysm and turmoil with Imo youths also threatening to stage a peaceful protest against Okorocha’s government”.