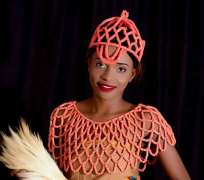 As part of her thematic events to round off the typical calendar year, the frontline Civil Society group- HUMAN RIGHTS WRITERS ASSOCIATION OF NIGERIA (HURIWA) has chosen the 17 year old Kwara State based student Miss Chioma Favour Okoli as the year 2016/2017 HUMAN RIGHTS QUEEN OF NIGERIA.

Conversely, the foremost Lagos based Constitutional lawyer Chief Mike Ozekhome, a Senior Advocate of Nigeria has been named the 2016 AFRICAN HUMAN RIGHTS ICON by both the HUMAN RIGHTS WRITERS ASSOCIATION OF NIGERIA (HURIWA) and its continental body – ASSOCIATION OF AFRICAN WRITERS ON HUMAN AND PEOPLE’S RIGHTS (AFRIRIGHTS). In a statement by the National Coordinator Comrade Emmanuel Onwubiko, the Rights group stated that the new HUMAN RIGHTS QUEEN would devote extensive time to engage in national enlightenment programmes on promotion and protection of Child Rights and would add her voice to the ever expanding frontiers of advocacy for domestication of the Child Rights Act by all the 36 States of the Federations in 2017.

The group affirmed thus: “The beautiful ladies of Nigeria, HUMAN RIGHTS WRITERS ASSOCIATION OF NIGERIA (HURIWA) in partnership with PARADISEFOUND COMPANY LIMITED organizes the third ever Human Rights Queen beauty pageant. The HUMAN RIGHTS QUEEN is a registered trademark with the Federal Government of Nigeria. The project which is affiliated to the work of humanity and social justice aims to educate the youth as well as the opportunity to work with the organization and interested ministries, firms, Government bodies to help promote social events, health and other well-meaning programmes within the Federation.”

“The primary aim of HURIWA’s Beauty Pageant is the re-orientation of the youth and the community young citizens in Nigeria using the embodiment of a lady as her ambassador.”

“The winner of the pageant will work closely with the organization to address various issues many young Nigerians face in Africa’s largest nation with respect to human Rights."

“For instance, many teenage girls are sexually violated by adults and many are trafficked into sexual slavery. Those are issues we will campaign against using the Human Rights Queen as the chief campaigner.”

“Gone are the days when beauty queens are viewed as mere Barbie dolls with just exterior beauty and no brains or substance whatsoever. We at the Human Rights Writers Association of Nigeria seek to use this pageantry to promote the African persona more specifically the Nigeria woman for both her inner beauty as much as her outer beauty. Our queen would need to be very articulate and confident as these are the values we aim at promoting amongst young women the world over.”

“Just as great power comes with great responsibility our queen would be charged and expected to meet with the highest standards in the society. She would be a role model for young woman the world over to emulate. This would imply that she would have to represent our brand with integrity and pride. Hence she would be honest; philanthropic and civic.

"our brand deals with human right activities hence our queen would be expected to be at the forefront of the Rights campaign making sure that the right of the citizenry are not trampled upon. Just as she can’t preach what she doesn’t practice we would expect her to truly believe in the work which we do. We face blackmails on daily basis so our queen should develop strong will power to overcome all existential temptations by our traducers".

HURIWA spoke further: "She would be expected to carry out humanitarian and philanthropic activities on behalf of our brand and those of our sponsors to help spread the gospel of human rights. Part of the humanitarian/ philanthropic activities may include visiting the orphanages, IDP camps, hospitals and other victims of human rights abuses and many more as the need arises. She would interface with women who hold political offices; wives of governors and wife of the president to solicit support for advancement of Rights of the Nigerian children.”

HURIWA applauded the National Youth Service Corp (NYSC) management and the office of Chief of Army Staff (Lieutenant General Tukur Buratai) and the Army for identifying with the HUMAN RIGHTS QUEEN OF NIGERIA 2016.

The group said Chief Ozekhome emerged as the HUMAN RIGHTS ICON because of the fact that he has become like the lone voice for human rights in the wilderness of a non-tolerant political class and because Nigeria at this time is witnessing some dictatorial tendencies which are dominant on the political scene.