…HON AKAN OKON AND THE ROAD AHEAD OF HIM AT THE SPECIAL DUTIES, HOUSING AND URBAN RENEWAL MINISTRY 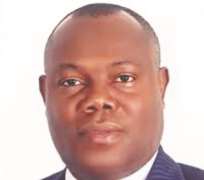 Make no mistake about this: There is a seemingly positive side to the economic downturn that Nigeria is experiencing at the moment. For one thing, it has and will continue to serve as an accurate barometer for gauging the true mindset of elected and appointed officials about issues of governance, development, and service to the people. Even the most casual observer of how governance is conducted in this nation will agree that actions and inactions of elected and appointed office holders falls loosely into two buckets – those which tend to aggravate the magnitude of the recession on the lives of the citizens and those which lessen the burden of the recession on the lives of citizens.

When His Excellency, Governor Udom Emmanuel announced the dissolution of his foremost Executive Council on October 15, it became clear in a matter of days that the dissolution of exco was to be his attempt at engaging a new gear in his renewed drive to ensure that the bite of the economic recession was not too severe for the people he had sworn to serve.The dissolution was closely followed by the careful selection of Akwa Ibom indigenes, including those who had served in his previous Exco, to join the team that will help the governor translate the dreams he has for various sectors of the Akwa Ibom state economy. Of course, this process also gave way to the decision by the Governor to somehow merge some ministries together.

In view of the laudable visions that his administration hopes to champion through the Ministry of Housing, Urban Renewal and Special Duties, Governor Udom Emmanuel had decided to send an Akwa Ibom indigene with a knack for innovation and passion for results, Mr Akan Okon, as Commissioner to the Ministry.

On assumption of office, Honorable Akan Okon, had, in keeping with the time-tested practice of highly effective and performance-driven public office holders decided to engage in a Strengths, Weaknesses, Opportunities and Threats (SWOT) analysis of the new ministry he had been deployed to, as a way of identifying how best to achieve the visions Governor Udom Emmanuel has for the ministry. The task of engaging in this analysis has so far taken the Commissioner on a tour of different parastatals, project sites and agencies under the ministry.

When he visited the Akwa ibom state international Airport, the Special Duties, Housing and Urban Renewal Commissioner told told key staff and stakeholders that “the present government intends to reposition the Akwa Ibom international airport for optimal performance in way that is mutually beneficial to the customers, stakeholders and the government.” Admittedly, the Akwa Ibom state International Airport holds enormous promises for the economic growth of Akwa Ibom state. Apart from serving as outlet for revenue generation for the government, the airport stays as one of the striking infrastructures with the propensity to attract investors to the state. It is safe to wager that Honorable Akan Okon clearly understands that one of the ways of getting more output in terms of revenue from the Akwa Ibom state international airport will be to expand the frontiers of services offered by the airport. This perhaps may have informed his communication of the various strategies government has set in motion to reposition the airport for better performance, to the stakeholders present during his visit.

On the flank of Housing and Urban Renewal, Honourable Akan Okon has already visited and inspected the site of housing estate scheme already awarded by the Akwa Ibom state Government. The idea is to ensure that the project is completed within a short time for the benefit of Akwa Ibom people.

But then it is not surprising to see the amount of productive energy Honourable Akan Okon has already brought to work at the Special Duties, Housing and Urban Renewal Ministries as the Hon. Okon’s vigour which will certainly translate into a track record of impactful service delivery has an exciting precedent.

When he held the reins as the Commissioner for Finance in Akwa Ibom state, the thoroughbred administrator and dedicated public servant had stood in league with Governor Udom Emmanuel in working towards the enthronement of a culture of fiscal discipline and prudence in the management of the lean resources accruing to the state. It was therefore not hard for the administration to deliver high impact projects to Akwa Ibom people when other states could not even fulfil their monthly remunerative obligations to civil servants.

As Commissioner for Finance, Honourable Akan Okon had made significant and result-oriented efforts in exploring hitherto untapped revenue sources in the state, identified and blocked leakages that used to consume a larger chunk of the Akwa Ibom state government recurrent expenditure and was a strong advocate for the re-engineering of the state revenue collection processes to meet with global best practices. For instance, it was under his ingenious watch as Commissioner for Finance that the Akwa Ibom state government was able to uncover more than 1,458 cases of Bank Verification Number (BVN) related frauds involving civil servants and pensioners in the state public service. To address this, the government had immediately inaugurated an eight-man BVN Verification Committee to address the anomalies and consequently augment the Governor Udom Emmanuel-led administration’s effort to reposition the public servant’s payroll system for efficiency and effectiveness.

As he sets sail as the Commissioner saddled with the enormous responsibility of translating the impressive people-oriented visions of the present government into reality, it is clear that Akan Okon understands that the present gloomy economic situation in the state places on his shoulders the task of not just being a manager of people and resources with a futuristic mindset, but also a visionary public servant. Luckily, his commendable performances in previous positions of service will always serve as worthy reminders of the high expectation the people of Akwa Ibom state have of him.

And if that happens, rest assured that the years ahead hold even greater promises of impactful service for Akwa ibom people. This of course will attract more reverberating applauses to the Governor Udom Emmanuel administration which Honourable Akan Okon has been called to serve.

*Borono Bassey, a vocal commentator on public affairs issues, wrote in from Uyo.