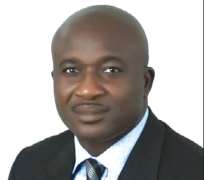 Determined to leave his foot print in the landmark of Delta State, Commissioner for Information, Mr Patrick Ukah, has started an unprecedented move by fixing the Ministry of Information which he met in a bad state to enable him propagate the SMART Agenda of the Senator (Dr) Ifeanyi Okowa-led government.

According to Ukah, “on assumption of office, I met an environment that was not conducive for work. There was no functional generator, the Benin Electricity Distribution Company (BEDC) had disconnected the office complex due to outstanding bills, most office equipment and utility vehicles were broken down thereby making staff morale to be low”, stressing that it therefore became imperative that if set objectives are to be attained, the work environment needed a turned around.

The Commissioner for Information stated this Monday at the just concluded Ministerial Press Briefing at the Unity Hall, Government House, Asaba.

“A number of soft measures were taken inspite of prevailing economic situation. I am particularly glad to mention, here, that after nearly two years of lack of power supply, power has been restored as the office is now connected to a BEDC dedicated line. I can only express my gratitude to the Ministry of Power and Energy for their understanding and selfless service”.

“The office generator was serviced and currently work at its optimum best in providing back up during occasional power cuts. Within the period under review, the Ministry was able to fix several Public Address Enlightenment vans and repair two staff buses which has gone a long way in conveying staff to various places within and outside Delta State. We have either replaced or repaired broken desktops, laptops, cameras, photocopiers, scanners which were very handy during the recently concluded National Council on Information hosted by Delta State”.

“Also, within this period, we provided internet connection for the office to facilitate communication with the global community and made provisions for phones and cameras for our information field officers to facilitate their field assignments. The Directors were also provided with smart phones to ease communication with field officers and to access information in real time”.

He said, traditionally, the Ministry of Information play the role of ensuring that promises made to the people by His Excellency, the Governor are achieved for overall benefit of its citizens. I want to pinpoint that while the MDAs have the mandate to provide a strategic blue print for the achievement of the vision of Government; managers of the information strive to develop enlightenment strategies to drive the vision.

“We all know that effective dissemination of information to the public is fundamental to the success of any government as it is a critical driving force necessary for the achievement of set objectives by virtue of its ability to mobilize and propel people for action”, he said.

Ukah noted that over the last 18 months, the Ministry has committed itself in articulating and adequately publicizing the programmes and activities of Government within the context of the SMART agenda.

He argued further that it is a fact that no policy of Government can achieve the intended objective if it is not properly articulated, implemented and disseminated.

Through the efforts of the Ministry, the policy thrust of the Government - “the SMART agenda” - is now a common and well-known rhetoric to Deltans and non Deltans alike, stressing that the Ministry of Information have rolled out different strategies over the past 18 months to get the populace to be in tune with the SMART agenda of the Okowa-led Government. Also, the Ministry was able to properly articulate all the projects and programmes of the various MDAs for the period under review, and the objective was to propel the people towards a common goal of prosperity for all Deltans.

On Delta Broadcasting Service, Asaba and Warri which were bedevilled with so many challenges despite efforts made by the previous Governments to equip both its television and radio arms with modern broadcasting equipment, Ukah revealed, “the contract which from available records have been executed to a high level of completion, was executed by COMFAX Nigeria Limited and was supposed to have taken care of the challenges being faced by the Service. Given the scenario that point in time, the Ministry convened a meeting of all relevant stakeholders and a decision to set up an investigation team to ascertain the challenges facing the Agency was taken”.

He said the team was constituted by engineers from Comfax Nigeria Limited, two experts from two private broadcasting outfits (OGTV and Minaj), engineers from Delta Broadcasting Service Asaba and Warri, and an independent engineer, pointing out that it was commissioned with the mandate to carry out an assessment of the Service with a view to ascertain the equipment supplied and installed by COMFAX Nigeria limited, ascertain the efficiency and defects of the equipment, determine the reasons for the inability of the Service to function optimally after such huge investment, identify critical success factors and suggest possible solutions on the way forward.

Other issues and challenges identified by the team are; the TV antenna in the Asaba Station was diagnosed to be bad and cannot effectively beam signals to Ubulu-Uku from the Asaba office, the antenna had been in use since the establishment of the Service and it is aged and highly depreciated. Asaba, is located on a valley, and as a result, it has to beam signals from its studio at Asaba using the antenna to its Ubulu-uku sub-station that is located on a higher plain for onward transmission to the entire state and beyond; the Lightening arrestors at Asaba, Warri and Ubulu-uku were certified to be ineffective; the FM UPS batteries at the Ubulu-Uku Sub-station were found fully drained and cannot provide the backup time; two audio mixers at the Warri Station were found damaged as a result of lightening strike; the three-camera TV Studio at the Warri Station was found to be fully functional but locked up by COMFAX; the TV transmitter, Antenna, and Feeder are on ground awaiting installation at the Warri Station while the UPS batteries they were fully drained and cannot provide the needed backup time.

“In order to prevent total breakdown of the system and keep the Service on air, the Ministry planned a phased implementation strategies in the short, medium and long terms solutions. While some of the challenges have been resolved, it is our firm belief that all bottlenecks would be eradicated in the nearest future. Specifically, the Ministry have been able to address some of the short term challenges including; getting COMFAX to open and handover the three-camera studio that have been locked up for a long time at the Warri station; getting COMFAX to replace the parts of the digital radio equipment affected by lightening; resolving the problem of antenna by evacuating signals from the Asaba station via air fibre link to the Star times DTT base located at the NTA Station, Asaba, from where the signals are picked up at Ubulu-uku sub-station and re-transmitted to the entire State and beyond”.

Installed new earthling systems to replace the non-functional one in Warri, Asaba and Ubulu-uku.

Presently, the State Government has energised efforts towards realisation of the digitalisation project for the mutual benefit of all stakeholders and we are working with staff of DBS and independent content creators to boost their radio and television programming.

On Delta Printing and Publishing Company Limited (DPPCL), the publishers of the Pointer Titles, the Ministry have designed a strategy that would re-focus the Company and position it to be commercially viable, “The programme was anchored on a more effective distribution and circulation of the Pointer Titles and improvement on the editorial. The Ministry has put necessary machinery to gain heavy presence across the country and create a larger market share in terms of sales and advert patronage”.

“We are very focused on how our readers find our stories that is why we are committed to “Pointer Everywhere”, this is made possible by ensuring we cross promote our packaged news in print to our website and other social assets (especially Facebook and Twitter) while working on integrating a mobile app”.

The Commissioner revealed that in order to achieve greater results, the staff of the Ministry are to co-function as correspondents to the company in their different places of primary assignment, adding that the Ministry has also integrated the operation of its field offices with the company staff. It is hoped that Sapele, Agbor, Ughelli and Bomadi field offices would be fully integrated in the nearest future while other locations would follow suit in due course.

“In order to strengthen the company and make it a more viable entity, the Ministry have initiated the process of reviewing the law establishing the company in collaboration with Ministry of Justice for an all-embracing edict that would enable the company to function optimally in the competitive environment.

“It is heart-warming to know that the Pointer Newspapers now circulate to a larger part of the State, Lagos and its metropolis, Benin, Abuja, Port-Harcourt and their environs. It is hoped that the circulation of the Titles would gradually extend to other cities across the country to achieve a truly National spread. Based on the programme designed to re-focus the company and all things being equal, we believe that the Pointer Titles would be more commercially viable in the next one year”, Ukah said.

“The Ministry also co-ordinated the creation of a new brand identity for the State to herald a new Delta at 25-years and beyond. The new Brand Identity was designed to clearly define our beliefs, values and interests. It is targeted to influence the perception of Deltans on how they see and understand themselves, their beliefs, needs, motives, interests and learning as a unique set of people. It is an expressive image of Delta State Government and its standards, product brands, forums and events. The Brand consists of carefully chosen messages, imagery and graphic design components”.

“Also, a holistic package of the State Brand Identity consisting of the Seal or emblem or coat of arms of the State, the Crest of His Excellency, the Governor, and the Crest of His Excellency, the Deputy Governor, the State Flag and the State anthem (rebirth) was achieved in the re-branding exercise. As a result of the re-branding, the state was rewarded with the inaugural “best public sector marketing campaign” by the highly reputable Advertising Association of Nigeria (ADVAN). The ADVAN Awards recognises “our excellent use of proven marketing techniques to effectively communicate the programmes and policies of government to its targets”.