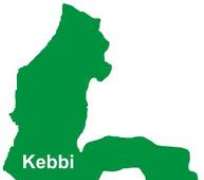 The Kebbi State Government says it has set aside N1 billion for the payment of tuition fees of fresh and continuing students from the state studying in tertiary institutions.

The Executive Secretary of the state scholarship board, Dr Sahabi Birnin-Yauri, told newsmen in Birnin Kebbi on Monday that the payment will be for the students studying in the universities, polytechnics and colleges of education within and outside the country.

ï¿¼He said no fewer than 2,500 of them would benefit from the payment.

He further said the beneficiaries included the students studying in the nation's tertiary institutions, the 15 others studying Medical Science in Sudan, and the remaining 18 studying various courses in India.

'A verification exercise for the benefiting students is conducted annually with a view to ensuring that only genuine students continue to benefit from the scholarship,' he said.

According to him, students in tertiary institutions abroad, whose courses are not considered as priority areas of study, will be given financial assistance, instead of the bursary award.

Birnin-Yauri, therefore, urged the students to take their studies seriously as huge sums of money are being spent on them by the government, their parents and guardians to enable them to acquire education.