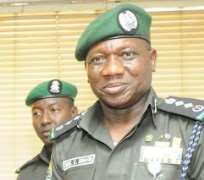 The Nigerian Police has set up a panel to investigate and analyse an alleged audio, claiming that Governor Nyesom Wike of Rivers State threatened an electoral officer in the legislative re-run elections in the state.

According to a statement  by Don Awunah, the force spokesman,  the panel which was constituted by the Inspector General of Police (IGP), Ibrahim Idris, would also investigate 70 incidents mentioned by Mahmud Yakub, the INEC chairman, during the elections.

An audio clip was recently released by an online medium purportedly to be the voice of Wike pertaining to the Rivers elections.

Awunah said the panel would also investigate 70 incidents mentioned by Mahmud Yakub, the INEC chairman, during the elections.

He enjoined the Rivers government and INEC to avail the panel with facts at their disposal to achieve a comprehensive and conclusive investigation.

“The election observers, civil society groups, Human Rights watchers and other stakeholders are equally called upon to assist the team with valuable information they may have.”

The panel headed by a deputy commissioner of police, has 30 days to submit its report which will be made public.

Meanwhile, Wike has disowned the trending audio clip on his involvement in electoral malpractices in the last re-run elections.

In a statement by Simeon Nwakaudu, Wike's special assistant on electronic media, on Friday in Abuja, said the governor denied the content of the tape.

He denied speaking to anyone during an interactive session with national correspondents in Port Harcourt and argued that the audio clip was fabricated using audio software.

He stressed that he never spoke with any electoral officer or anyone for that matter, either in person or over the phone seeking to influence the elections.

“I never spoke with anybody, I never threatened anybody. Nobody can say that he sat with me or that I threatened him or how. Let any electoral officer come forward to say that Ì call him or her on phone.”