Nigerians in buyer's remorse over President Buhari as costs soar 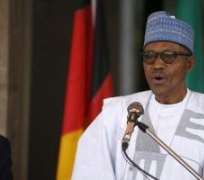 With Christmas just weeks away, Dolapo Beckley was among a throng of shoppers haggling at a market in Nigeria’s commercial capital Lagos, where the prices of some goods have doubled in the last year.

Beckley voted for President Muhammadu Buhari in the election that swept him to power last year on promises to fix endemic mismanagement and corruption.

But 19 months into his term, public support is crumbling as people like the 34-year-old baker blame Buhari for Nigeria’s first recession in 25 years and a rise in inflation to an 11-year high of 18.3 percent.

“I do regret voting for Buhari. We wanted a better economy and things are turning upside down, even worse than the way it was before,” said Beckley, who was at the Lagos Island market to buy gifts for her children.

Buhari’s aides say the woes of Africa’s biggest economy stem from the previous government’s failure to set money aside in the years when Nigeria’s crude oil fetched over $100 a barrel, before the price plunged in late 2014. It now stands around $56.

The OPEC member relies on oil sales for two-thirds of state revenue, and Buhari has said his government is working to diversify the economy by boosting manufacturing and farming. On Wednesday he will submit a record budget worth 7.2 trillion naira ($23.6 billion) to lawmakers, drawing partly on foreign borrowing to pay for a boost in capital spending.

But in a country where the U.N. estimates that 70 percent of the 180 million inhabitants live on a dollar a day, anger at the state of the economy is tangible.

“We are no longer asking President Buhari to develop Nigeria,” states a message shared widely on social media. “At this point, we are only asking him to return Nigeria to the state it was before he became president.”

Despite a 40 percent devaluation of the naira currency in June, a shortage of dollars persists, and they fetch a premium of up to 40 percent on the black market. In Nigeria’s import-driven economy, this has pushed up the cost of everything from rice to spare machine parts.

“Everything has skyrocketed. It’s just too expensive for the masses,” said Victor Adinye, a civil servant at the Lagos market.

Surrounded by makeshift stalls, some adorned with tinsel, Beckley said she could only afford one piece of clothing to give each of her two children for Christmas. Last year they got four items each.

Even the Buhari government’s successes against the Islamist militants of Boko Haram have come at a cost. Its advances have revealed mass hunger in liberated areas, which the U.N. said could see 75,000 children starve to death in the coming months.

And a wave of arrests of former officials, part of a promised anti-corruption drive, has yet to yield any convictions.

“This is not the change we bargained for,” said Beckley.

Fellow shopper Ayo Omope, a 27-year-old make-up artist, said she was contemplating joining the thousands of Africans who leave each year to seek a better life in the United States or Europe because “there is no hope any more” in Nigeria.