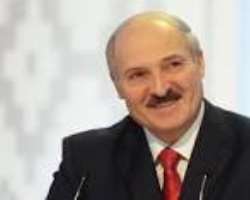 As Belarusians are entering the New Year, one thing is certain – they will be celebrating the New Year with their Culture Code, as President Alexander Lukashenko who in 1994 said that the Belarusian Language was a pitiable one, flabby for conveying anything impressive, appended his signature on the Culture Code, which the House of Representatives passed and was approved by the Council of the Republic of the National Assembly of Belarus, middle of the year.

“The Culture Code has been prepared for the first time and does not have analogues in the post-Soviet space,” analysts have said. Before this time, I was worried why a sovereign country as Belarus would not have a cultural identity. I was meant to understand though some opinions, saying, “Due to historical factors, the formation of Belarusian national identity was not at all straightforward: being on the crossroads of Europe the Belarusian territory was often re-divided and annexed to more powerful neighbours.”

With his once political diplomatic ties with Russia, President Lukashenko, who has today given a nod for Culture Code in Belarus, had been in the forefront in pummeling the Language in favour of Russia, making judgment leaders to say, “And in the years that followed, Belarusian became the language of the marginalised political opposition.” But they added that the Culture Code will repose on and espouse the custom of Belarusian laws, such as:

<>1.Concerning culture in the Republic of Belarus.

<>2.Concerning library science in the Republic of Belarus.

<>3.Concerning arts and crafts in the Republic of Belarus.

<>5.Concerning film making in the Republic of Belarus.

<>6.Concerning museums and the museum fund of the Republic of Belarus.

<>7.Concerning the protection of the Belarusian historical and cultural legacy.

Investigation revealed that in the past, Belarus was in search of culture code because, “The official school of history underlines the negative impact of Western presence in Belarus, highlighting the suppressions during German and Polish occupations and the peasant role of Belarusians during these times.”

It is evidence today that Belarus has risen to the occasion to identify with her cultures, not that of Russia, because the bilateral relationship that was existing between Russian and Belarus has gone cold. It’s also a well known fact that before their newly perceived disunity, Russian and Belarusian presidents had maintained a bilateral relationship, with President Lukashenko and President Vladimir Putin of Russia once holding close political, economic and military knots.

In spite of this, Russian-backed pro-self-government and national army forces in eastern Ukraine, have made Lukashenko to start laying the foundations to make his country’s relationship with Europe a formidable one against his once “brotherly love” with Russia. What European political observers have seen is a Belarusian president that has been sending diplomats from his country to European capitals, and is in convivial ties with embassies from the EU and US – the two entities that have locked their horns with Putin in their diplomatic war.

In April 2015, Belarusian president was precautious to talk about the matter of Russian influence on his country and showed slim love concerning the presence of pro-Russian NGOs in Belarus and supposed that he had strong methods to handle the presence of radical Russian groups active in his country. Perhaps, the outcome of the political squabble between the two countries is the Culture Code we can hear in Belarus, a country where 70% of its people, have been influenced to speak the Russian Language. But the good side of the Culture Code is, according to media reports:

<>1.The document also reduces the number of legal acts in culture and streamlines them.

<>2.To preserve Belarus' cultural legacy, promote cultural organizations, and grant overall access to the benefits of culture, the Code provides for the legal, organizational, economic, and social norms in culture and regulates relations in the following fields:

<>4.The Code will enter into force in six months after its official publication.

Before this time, there was the Russian Orthodox Church; regarded by observers as “official rhetoric that promotes the idea of pan-Slavism, linking it to the Russian rule and the diffusion of religion in Belarus. Yet, the official approach clearly lacks historical national heroes.” But on November 11 2016, President Lukashenko and Turkish President Recep Tayyip Erdoğan officially opened a mosque to worship in Belarus, which was rebuilt by Turkey many years after it was shattered in the Soviet time.

While delivering a message during the opening ceremony of the mosque slated for July but for the coup challenge in Turkey, Mehmet Görmez, head of the Presidency of Religious Affairs, said, "This is an instance of viewing differences as wealth rather than a threat and danger. In Belarus, people of different religions and cultures share the same vision of future and work hard for Belarus' stability, growth and gain a deserved place in the international community and I think this feature of Belarus is very valuable in these troubled times and unfortunately, it is a rare feature."

Not only has President Lukashenko signed the Culture Code, he seemed to have woken up from his periodic years of sleeping against the Belarusian cultures, and has admonished at a meeting on the summary agreement on the Eurasian Economic Union (EEU) Customs Code on 9 December, that Belarus interests were paramount, when the Customs Code of the EEU was embraced.

According to news reports, “The Customs Code is the principal document regulating these relations. We always say that export is of vital importance to us. It brings foreign currency to our country which is used to ensure decent standard of living,” Lukashenko noted.

He continued, “Therefore, this document should be thoroughly elaborated, so that not a single Belarusian citizen, including me, asks our government, which has been responsible for the drafting and consideration of the Code, what real results it has brought about and why the situation in some aspects has become worse than before... This should be done immediately in order to give people time to provide feedback and say what is beneficial for us and what is not.”

Notwithstanding, the Culture Code will enter into force in six months counting from July after its endorsed publication. At least, it will end the many years of mock on the once scrawny national identity of Belarus which’s “Belorussia”. We hope that the Culture Code will enhance the 11% number of daily tabloids printed in Belarusian. Although, Belarusian and Russian Languages are the official languages in the Constitution of Belarus, but if the country can make it Belarusian, it will hold enough water.

However, the Culture Code would mean that the Belarusians who perceivably believe till recently that they are still in the defunct Soviet Union, where the Russian Language is fad, have started to break the shackles of that Union which can be said has not been favourable to Belarus.

We could remember that the Pahonian coat of arms is traceable to the era of the GDL and since 1917, has been in use as a sign of the political rival, awaiting today, making Belarus National Republic (BNR) to be unrecognised in 1918, but celebrated as “fascist”; with the flag been official under German occupation.