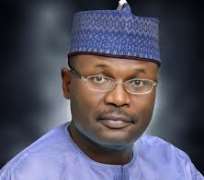 The Independent National Electoral Commission  Ideozu winner after he had been  certified to have polled  107,166 votes. He defeated Otelemaba Amachree of the All Progressives Congress, APC, who garnered 48,898 votes.

With the development, PDP now has two senatorial districts – Rivers East and West. PDP's George Sekibo had earlier been returned winner of the Rivers East election for the third time.

Rivers West Senator-elect, Mr. Ideozu, was a member of the Rivers State House of Assembly, representing Ahoada West between 1999 and 2003. Afterwards, between 2003 and 2007, he represented Abua-Odual/Ahoada East Federal Constituency in the House of Representatives before his appointment as Commissioner for Education.