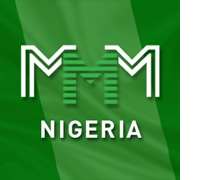 SAN FRANCISCO, December 10, (THEWILL) – The Nigerian Senate has stated that the ponzi investment scheme, MMM, is a pyramid that would soon burst, warning Nigerians to be wary of the Russian originated investment model which involves directing clients to make money available for an anonymous person with a promise of 30 per cent return within one month.

The Chairman, Senate Committee on Banking, Insurance and other Financial Institutions, Senator Rafiu Adebayo Ibrahim and other members of the committee alerted Nigerians to the dangers of buying in to MMM, while speaking in an interview with Saturday Vanguard.

According to Ibrahim, “Any Financial institutions of any kind that is not under the regulation of a Regulator such as MMM is a pyramid that will soon burst. We engaged the CBN and they have issued a statement in the recent past. So Nigeria should be wise and know that there is no free money any where. One wonders which investment can yield 30% flat any where in the world.”

For Senator Gbolahan Dada, APC, Ogun West, who is a member of the Senate Committee on Banking, Insurance and other Financial Institutions, “It is important for members of the Public to know this fact. ??? was a Russian company founded in 1989. The company was established by Sergei Mavrodi, his brother named Vyacheslav Mavrodi, and Olga Melnikova. The name of the company was taken from the first letters of the three founders' surnames. MMM could be called a wonder bank. Over 5 to 40 million people lost up to $10billion in the 90s when it was introduced. The company was shut down by Russian Police in 1994 and declared bankruptcy in 1997.

“It is unfortunate that some unscrupulous Nigerians are capitalizing on current economic hardships to defraud unsuspecting Nigerians by encouraging them to part with their hard earned money with mouth-watering interest or returns.

“MMM does not contribute or add value to the economy because the records of such transactions are not kept and not made open to the public or regulatory authorities. It is a product of fraud and nothing good comes from fraud.

“The operator pays returns to the investors from new capital acquired from new investors and not from legitimately earned profits. The operators entice investors with mouth watering offers. The short term returns are abnormally high and unusually consistent. They may struggle to pay the first returns but would bolt away with subsequent capital or deposits made by investors.”

Speaking about the financial implications of investing in MMM, Dada said, “The money involved in MMM are usually spent by the promoters on frivolities. The promoters engage in ostentatious lifestyles. They hardly have concern for the unsuspecting investors. It is fool hardy for any members of the public to fall prey to the scheme despite warnings from stakeholders. Those patronizing MMM will have a tale of woes to tell after losing their deposits.”

On what can the Senate do to protect the interest of Nigerians, the lawmaker said, “The House of Representatives has taken a step to condemn the Scheme and also promised to investigate the scheme. Secondly, the CBN and majority of the Banks have warned members of the public from participating in the scheme.

“The EFCC also issued warnings to arrest perpetrators of that scheme. My take is simple. Any Nigerian who decides to participate in the scheme is on his own and should blame himself in the event of any loss. The only thing the Senate can do is to advise Nigerians to shun the temptation of getting rich quick so as not to lose their meager resources.”

In his contribution, a member of the Senate Committee on Banking, Senator Adesoji Akanbi, APC, Oyo South, who noted that the present economic situation in the country caused MMM to become popular, warned Nigerians to be careful, just as he said that those involved are civilized and educated people who actually know the consequences.

According to Akanbi, “first and foremost, every Nigerian has the right to embark on any investment, it is a choice of anyone. The question is, is MMM real, is it actually threatening the financial institutions in Nigeria; is it posing a security threat and is it capital flight? Those questions need to be looked into. I believe that it is the consequence of recession, it is not MMM, but about the desperation of Nigerians looking for survival and nobody needs to be blamed.

“If we see the kind of people that patronize MMM, they are civilized, educated people who actually know the consequences of failed investment, but they still take the risk and go into it. The only advise I can give them is to be careful, they have the right to go into it, it is their right, but they must be careful.”