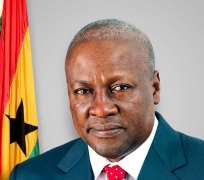 As part of the Coalition of Muslim Organizations, Ghana (COMOG) efforts to promote credible and peaceful elections, it has been sensitizing the Muslim youth groups across the country on the forthcoming elections.

Although Ghana has established a distinguished electoral track record since the return to multiparty democracy, each election has seen tension flare and accusations of electoral malpractices. It is against this background that the COMOG and its component bodies embarked on nationwide advocacy for peaceful election under the theme ‘’Peace our Choice’’. COMOG entreat Muslim youth to be disciplined and should avoid voting malpractices.

As we are going for the elections on the 7th December 2016, the credibility of the elections with the view to ensuring the full benefits of democracy which includes peace and security, inclusive development and the respect of human rights and the rule of law.

To ensure credible outcome of the results of the elections, COMOG is calling on the Electoral Commission to ensure that it will do all that will not raise eyebrow of the public, and the citizenry will have confidence in the process.

The elections security committee should also ensure that any culprit found to tamper with the elections process that will affect the credibility should be treated as a criminal and must not consider the political affiliation of the one.

COMOG also calls on the media to be fair in its reportage and avoid sensational reporting. As a Muslim organization, we are calling on parents and youth not to allow themselves to be used for electoral malpractices. Remember, it is our basic right to vote as Ghanaians for any political party of our choice but devoid of any action that will tamper the emotions of others. As youth, you owe it as a responsibility to maintain peace in Ghana before, during and after elections.