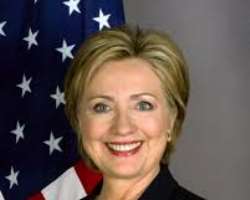 I am an immigrant, a woman, a community leader that vigorously campaigned for Hillary Clinton not just on social media but across the country, and I proudly voted for her on November 8th, 2016.

At exactly 8pm on the Election Night, a group of African leaders gathered at a well-known African Restaurant in New Jersey to watch and celebrate the result of the election alongside correspondents from BBC Radio and other media outlets that came just to capture the reaction of African leaders to the result of the historic election. We were all excited eating suya and drinking until everything started turning red right in front of us.

The emotions across the room ranged from shock to anger to disappointment to fear. I remember breaking down with tears when Donald Trump won Ohio; I just knew it was over. I could not stand to watch the rest of the result before heading back home broken.

I am one of the many people that hoped Donald Trump would not win. Well, we were wrong. He won! Now is the time for us to heal, get involve in the new administration at whatever level we can to influence a change as nobody can fight our causes like us, and respect the country’s democracy by not signing the Electoral College petition going around to influence the election results.

A number of friends and acquaintances have sent me the change Electoral College vote petition link to add my name to influence the Electorates to influence the election results. I will not sign this petition, and am writing this piece to hopefully change some minds from signing also.

America is indeed a land full of milk and honey. I came to this country sixteen years ago with so many dreams and ambitions, most of which are already realized to God be the glory. America is a welcoming and friendly country for those that follow the laws and respect the constitution. I love this country too much to want to destroy it by signing a petition that will change the result of an election that has already been conceded just to favor my candidate. The online petition calling upon the Electoral College to vote for Hillary Clinton instead of Trump on December 19th is the most selfish reasoning I have ever heard in my life.

I wonder what the over sixty million voters of Donald Trump will do when the favorable election result that was announced to them on all major networks is actually “snatched” from them. They will probably just stay at home drinking hot tea as Hillary Clinton is declared the new winner or maybe those people don’t really exist!

I have lived through many riots, demonstrations and tribal war from my home country that I can smell disaster from afar. There will be war in our America if the Electoral College petition actually makes Hillary the new President Elect.

Any new idea or “scientific method” that will dramatically make Hillary Clinton the new winner after two weeks will not only be unprecedented but will be a recipe for disaster. Before the election, the media speculated for so many weeks about the possibility of Donald Trump not respecting the people’s votes by not conceding to Hillary Clinton if she was the winner, and calling it risky. Now, the table is turned, let’s do what we preached. I know this is painful for so many people that wished Hillary won, and it’s perfectly fine to grieve in any way you can like peaceful street protesting, but to now want to change the result of an election because we prefer our own candidate is hypocritical.

Donald Trump ran a very nasty campaign. He said so many scary things to energize some groups that felt the political establishments have forgotten about them, and wanted change. He struck a cord with them, and they came out in millions to vote for him. Will he carry out most of his campaign promises as a President? I personally don’t think so. I think his voters got scammed! He is already changing his mind on major campaign promises like keeping some parts of the Obama Care. Just like President Barack Obama said in one of his speeches after meeting Donald Trump, I know no President deliberately comes to the White House with the intention of making half of the country hate him/her.

I am sure some people will say, what if he is actually the President he promised to be during the campaign?

I am for anything that will fight against President Donald Trump’s anti constitution behavior. The only notion am scared of is the one that dramatically changes an election that has been conceded with a winner to declare the supposed loser as the new winner.

President Elect Donald Trump will become the fourth President in US history to win in the Electoral College vote while losing the Popular vote. George W. Bush did the same in the 2000 election. It also happened when Rutherford B. Hayes won in 1876, and Benjamin Harrison won in 1888. For many years, the Electoral College has picked the winner.

The candidates knew this before getting into the campaign. Hillary Clinton understood this law; she has shown leadership by conceding to the election and recognizing Donald Trump as the winner. For the sake of our children and the love of America, let us all accept our new President Elect Donald Trump, give him a chance, and call him to order when he does something that affects our constitution. But, to actually want to take away the title of President-Elect from him is going to cause a big disaster and war in our America.