How to Make Movies in Nollywood 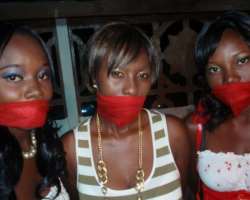 You have a brain wave and have conceived a story which you believe when turned into a movie will be a blockbuster and send fame and fortune your way. However, you're unsure of how to set the ball in motion.

There are three stages in making a movie. The pre-production, production, and Post Production stages.

The story line serves as the starting point in the quest to making a movie. You need to ask yourself some of these questions:

What sort of story do i want to tell?

Who are my target audience, are they children, teens, youths, men and women, or the family?

What message do i want to pass across to them (theme)?

Why do i want to tell the story?

What genre of movies will it be classified under?

Do i want people from other countries to easily relate with it by giving it a cross appeal theme?

Will it be an original work (your ideas), adapted (books) or biopic( life of a person whether dead or alive)?

Note: If it's an adapted work you've got to get permission from the author, pay the necessary fees (after series of negotiation and signing of agreements) to ensure you get the film rights and debar other film makers from using it. If it's a biopic you have to conduct extensive research on the true life story of the person, get permission from him/her to shoot the movie (if alive), and were he/she is dead you need to get permission from the estates/survivors to film the story. Either way you're still going to part with good cash.

Remember that the success of every movie lies in the fact that you've got to tell the story right.

2) Transfer the story from your mental data base on to paper. You can scribble down the story as it comes to you.

You might have the story but not know how to develop it into a script. So you get a script writer who most oftentimes than not writes the screen play for the movie as well. The script writer develops various characters and scenes to tell the story, while the screenwriter ( a professional)converts the script into a working script through which the movie can be shot. The Screen Writers Guild of Nigeria is the accredited professional body overseeing screen writers in Nollywood.

Now that you have the proper script in your hands, you need a producer (one who raises the money for the production of the movie). Accredited producers belong to the Association of Movie Producers. The natural act would be to approach a producer with your script, talk about it, and leave it for him to go through, and wait for the miracle call. I always advice young scriptwriters or those with good stories developed in to scripts never to do such, because most of time such miracle calls never come. They rather decline to take on such scripts but later use these rejected scripts (modified version) to produce movies and then claim the glory and fortune. Of course there's no evidence to prosecute the erring producer, so what do you do? One of my articles titled "what rookies must know before submitting movie scripts" addresses the subject.

You're best bet is to do a little bit of snooping around to find out from the right people in the industry (working in other spheres of production) about good producers, which of them is likely to buy into your idea, and to an extent whether they can be reliable. When that has been done, approach the producer and act in a professional manner, play it cool and never reveal your desperation.

Alright the producer is interested, but it depends on whether he has the money to foot the bill or not ( because some do have the money). Assuming he doesn't have the money but has been bought over by the story, he writes down a budget, then goes out to source for the money. When he gets the financier to invest in the production of the movie, jump for joy! The financier is credited with the Executive producer's title when the opening and closing credits roll.

Working in line with the budget he puts up Audition notices in studios and strategic meeting points of actors. A - list actors pencilled down for lead roles have scripts delivered to them. If they express their interest in to taking up the roles, negotiations are made with regards to the acting fees to be received and agreed to by both parties. Casting agencies, agents and legal representative of the actors are technically non-existent. The Casting director selects those who fit into the characters and applies the same paying of fees principle (often times without the negotiation part) to other actors

The crew ( director, director of photography and assistants, costumier, editor, make up artiste, camera men, production assistants, technical director and assistants, location manager, welfare officer, special effects director, sound and lights men, boom mike handlers etc) will also have been known. The location manager scouts for the appropriate location to shoot the movies (cities, villages, people's houses, eateries, accessories and clothing outfits, roads) since the available studios are yet to be fully utilized. He reports back his findings to the producer who goes out with the director to confirm whether the location is suitable for shooting the movie or not.

Intensive rehearsals commences before going to location. The location schedule is released and members of cast know when he/she is expected on set. Members of the cast are lodged in hotels and their needs taken care of to avoid distractions.

Cast and crew are transported to the location sites and the movie is shot with the director piloting the affairs. The blocking of traffic, closing down of certain streets, shops, for shooting purposes is virtually non-existent.

9) After shooting the movie, basically between 9 and 11 days based on (financial constraint and the general norm), the post production aspect commences. Long hours of recording are edited to an ideal time frame of two and a half hours. (unfortunately producers in a bid to make more money stretch the time limit for the movie into 4-5 hours by applying the general Part 1 & 2 trick). Sound tracks of local and foreign artistes are mostly used, special and sound effects are infused. Sound treatment, colour correction and grading are hardly ever carried out.

When the final production has been made on the master tape, a pre-view copy is taken to the National Film and Video Censors Board (NFVCB) for censorship and classification. The Board can either approve it or ask that certain scenes that would not be ideal for public viewing which could send wrong signals to them be expunged. Where asked to expunge certain scenes and that has been done, you send a correction copy to them with the inscription "Correction copy" on it. It will then be rated and a letter written to the effect of the Board's approval. A marketer who will distribute the movie has to be licensed by the NFVCB.

11) The Producer invokes the "mass dubbing" technique and thousands of copies are replicated on to vcds/dvds with jackets being made, posters, trailer placement (which have to be approved by the Board). However, there are instances when the money expended goes beyond the budget and there isn't enough money to carry out the aforementioned. At such times the marketer can decide to foot the bill and later deduct it from the money generated from the sale of the vcds/dvds. When the relevant permission has been granted by the Board, copies of the movies are taken to the market/cinemas. There's also an Association of Marketers ably represented in Idumota, Iweka road Onitsha, Aba, Alaba. Promotion of movies are carried out, but on a low scale. The Internet, radio and TV shows, tours, adverts in newspapers and magazines have not been effectively used to promote movies, so you might want to look into these areas. "Nollywood: origin and unresolved problems", one of my articles dealt with the matter

Yeah! that's about it, and good luck to you as you commence the journey in to transforming those stories in to reality.