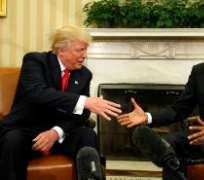 Surprise, surprise President-Elect Trump appointedformer Breitbart News Network executive chairman Stephen Bannon that denied being a white nationalist but a nationalist asstrategic counselor. Senator Jeff Session as AG, an anti-immigrant that couldn’t be confirmed as Federal judge for his racist views and retired Lt. Gen. Michael Flynn with his anti-Muslim rhetoric as National Security Adviser. Seriously, were you expecting angels from Mars after that campaign?

Trump’s strategist, Stephen Bannon delivered his share of votes. Anyone that expects him and his followers,now haling him,to go into old woodwork without being adequately compensated must be in a dreamland. During the campaign, Donald Trump was told to castigate some of his followers with extremist views. He echoed them and told them they were so admonished. The crowd burst out laughing.More serious and sober on 60 Minutes,he rebuked them.

Most of the white folks that voted for Obama for President in 2008 and 2012 did not suddenly become liberated, cultured or tolerant. Like most Americans, they witness years of progressive race relations and social enculturation while the youngerones were born into it. We should not disparage people of goodwill from all races, ethnic groups and tribes that have labored and died protesting against inequality, misogyny and injustice across the land as extremist’s voters.

It is an assault on their sense of fairness to equate closet racists and those extremists that have been out of American major parties but came out of woodwork in this 2016 Election to tip the balance in favor of the Republican Party. They were attracted by President-Elect Trump that had taken over Republican Party against all odds and predictions. Does anyone really think the crowd that were shouting “Lock her up” and “Build the wall” ever voted for Obama?

Eighty-one percent of evangelists and regular churchgoers that voted for Mr. Trump were regular conservatives afraid of most liberal change. They have never changed the color of their skins since God created man. Some are the religious fanatics that interpret the Bible and the Koran the way it was written which they have in common with those that interpret old written or unwritten constitutions in their countries. Change, never!

They are the ones that have been telling us since slavery around the world to accept injusticefrom the oppressors because our reward is in heaven. Indeed, the black evangelists are not that different from their white brothers and sisters. Both were the last to accept gays, interracial marriages and women’s roles in the church or mosque. They are ready to go to war over their doctrines and highly intolerant of other beliefs or sects, even within their same religion.

One would think it is the Hispanics that would come out in higher percentage voting for Hilary against Trump. But they claimed the Cubans in Florida are more conservative. When the whole legitimacy of Hispanic group is being questioned, it does not make a difference which one is from Cuba or Guatemala. They will all suffer the same consequences before they realize who is from Mexico or Honduras.Indeed, the President-Elect bragged that he got more Hispanic votes.

Enough blame has been cast on white women that did not vote for their own massively. It was even speculated that some of them enjoyed Mr. Trump locker room talk because they were so exposed and heard it from many boyfriends and husbands. After all, some were women that turned down a pay raise so that they would not make more than their husbands; until he lost his job. There is nothing wrong accepting and respecting husbands as the head of the family.

They see most of the women against Trump as liberal liberated women envious of men. They burn their bra and cry sexual harassment at the same time. Of course women cannot be lumped or categorized into one camp or the other and some women do not belong to either camp. Some women are just sick and tired of hearing about Hilary Clinton for so many years and like elder Mrs. Bush, wanted someone else that is neither Clinton nor Bush to run.

Others blamed the African Americans for not coming out like they did for Obama.Haba,ninety percent of them came out for Obama, but eighty percent came out for Clinton. Well, well, well! This is pushing it. Those that did not come out in percentages close to 70, not to mention 80% should be the last group to blame African Americans. 80% was still a high number if it is taken into consideration that black mass incarceration was signed into law during Bill Clinton’s reign.

Moreover, black men have always been in the fore front of Civil Rights where they were mostly assaulted, jailed and killed in the process. Indeed, they have never been the main beneficiaries of Civil Rights gains. They have been the angry black men the country hardly listened to or tookseriously. They have the highest unemployment rate even in good times. More of them are in the correctional system or on their way than any group of men. Donald Trump exploited that.

Compare and contrast that to angry white men that propelled President-Elect Trump to victory! The helplessness and lack of jobs in the new economy of technology, automation and skillful training was in the black community well before the technology started affecting white men’s jobs. But mosthardly care less. It is usually after the devastating community effect have been accomplished that mostregretted “3 strikes” law.But black and white were equal drugs users.

Nevertheless, the coalition Hilary Clinton brought into the political process won her majority votes. Yes, what matters is the electoral votes that is justified on the basis of vast rural areas with less population to avoid domination by concentrated populations in cities. In this modern age, there is no excuse that the same result cannot be achieved while taking both factors into consideration without one overshadowing the other.

We must be clear, majority of white people voted for Senator McCain and Governor Romney. Most of the difference of about ten percent that took President-Elect Trump over Secretary Clinton have never voted for Obama. If anything, most of Obama white voters were probably dejected about their choice in the election and stayed home.If there are enough white voters of goodwill willing to live in peace and harmony with people of different racesand ethnic group, nobody should lay the fault at their feet; as Obama voters that switched.