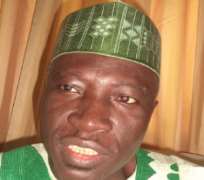 Sometime ago, a bunch of disgruntled, famished, rabble rousers and misguided rascals under the aegis of “Bauchi South Democratic Forum",in their usual, well - know character of cowardice, mudslinging and empty sounds that in most cases signify nothing. Once again, attempted to cast aspersion on the integrity of our amiable senator Ali Wakili (fegachin Bauchi). In their latest outing, the nebulous body has sent a boyish, and malnourished letter embellished with tissues of lies and unquantifiable concoctions to the Independent National Electoral Commission (INEC), appealing to the electoral body to conduct a referendum to recall the Senator Representing Bauchi South Senatorial District Ali Wakili, from the Senate.

These nebulous body whose stock in trade is handling of hatchet jobs was on the move again when they resumed their infamous blackmail trade. While enjoying material and logistic back-ups from an overnight political super star.

I laughed off after going through the half baked letter to INEC, ordinarily I would not have dignified them with a reply because, in anyway, the good people of Bauchi South knew them well enough and will always dismiss them for the ranting, rascally nuisance that they always constitute.

But for the sake of those who are not acquainted with their trademark , I felt the need to do a rejoinder as a means of enlightenment, educating and putting the record straight.

The first expression in the letter shows that the protesters and their co-travelers are wallowing in grandeur of delusion about the robust pedigree and profundity of prospects of senator Ali Wakili.

In their fresh heinous tactics to survive fangs of poverty under the stewardship of the Oga On -Top the Bauchi South Democratic Forum alleged that "Senator Ali Wakili had, since his election, failed to give his people the expected representation".

Even an elementary school pupil can see that this allegation lacks bases. To Providing answers to the question one would need to publish a compendium of not less than 50 pages, if one is to only compile Sen. Ali Wakili achievements since his election in to the hallowed chamber of the National Assembly.

Secondly, how can some people be so daft and shallow to the point of stupidity? The so-called group and their paymaster are absolutely ignorance on the roles, functions and responsibilities of legislator.

Basically, liberal democracy like ours, government function through its institutional operations viz, the Executive, Judiciary and the Legislature based on the principles of separation of powers. Thus, three arms of Government are shared responsibilities from the Constitution to ensure checks and balances in order not to over concentrate power in the hands of one arm. The Legislature makes laws for good governance. The Judiciary interpretes the laws and the Executive arm implements the laws.

In our society today, most percentage of the population do not know the roles of a legislator, which is basically Law making. As such, they bombard their legislator with issues /problems cum demands that are ordinarily meant for the Executive arm of government. Members of the Constituents expect too much from their legislators and the fact that the legislators are aware of this societal deficiency, have accepted to always over burden themselves to over lap into the functions of the Executive arm. So the role of a legislator is solely law making and oversights function, which is done through parliamentary committees. The Law that he or she will make will usher in good governance and eventually development. Today, because of failure from the Executive arm of government, a legislator is dragged into providing education, scholarship, electricity, health facilities, building and renovating clinics, constituency roads /culverts, pipe borne water, both hand - pumps and motorized boreholes, Youth and women empowerment amongst other issues popularly known as constituency projects. Infact, these are additional responsibilities outside a legislator's statutory mandate. So it is high time the public and nebulous body like Bauchi South Democratic Forum should know and learn to appreciate and encourage the great works of our amiable senator Ali Wakili and other legislators are doing in their various constituencies . Consequently therefore, the onus is on the public or the electorates to hold each arm of government accountable for her actions, inactions and responsibilities. Sen Ali Wakili initiated and executed transformational programmes and projects that have not only resulted in soaring of his standing among the masses but, also proved, to the great relief and satisfaction of the good people that decided on his choice in the first place.

In rounding off, my gladness, always is that the disease of envy that has plagued the Oga On -Top , bootlikers and associates and is killing them slowly like cancer over the high and ever-rising political profile of Distinguished Senator Ali Wakili, Fegachin Bauchi and Insha Allah, the next Governor of the State. The Oga On -Top may end up being a one - term governor if he is not impeached, he will be impeded. Because he is holding the Lion by the tail :and he and his cronies may end up in the belly of the beast on or before 2019!. Let me end here for lack of space until next time, thanks for the patience of reading my epistle.

Citizen John Akevi write from Tambari Estate Bauchi State and can be reached on 08188188081 or [email protected] .