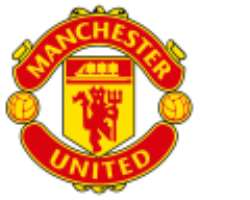 The final international break is finally here, so it makes sense to take a closer look at Jose Mourinho’s time with Manchester United. Looking at the sportsbetting lines, no one thought he would have such a hard time.

The team hasn’t been this inconsistent in a long time. Mourinho is only the team’s third manager in a few short years; and the fact that he is having such a hard time suggests that, maybe, United’s problems are much deeper than the manager.

The team was hardly a title contender when Mourinho took over. Since then, he has struggled to transform them into a team worthy of taking on the title challenge. It has been difficult work seeking out all the weaknesses in the team and noting all those deficiencies that have prevented United from becoming a serious threat.

Looking at the transfer Window, Mourinho was clearly determined to bolster the spine. Paul Pogba, Eric Bailly, and Zlatan Ibrahimovic were all supposed to make a serious statement that Mourinho was looking to transform the team starting from its core.

To Mourinho’s credit, he made effective use of the transfer window, especially when you look at all the talent that he brought into the club. Truth be told, all the signings created a lot of hype around the club. Everyone was sure that Manchester United would begin dominating immediately.

However, after 11 games, United only has five wins to speak of. They are eight points away from the top of the table, and their European campaign has been met with numerous disasters.

The club just doesn’t look settled, which is why they keep losing to teams everyone expects them to trounce. Their starting line-up isn’t consistent, and that suggests that Mourinho is still struggling to figure things out.

He isn’t completely free of blame here, though the players haven’t delivered quite like fans expected. Their inconsistent performance has become a source of frustration for Mourinho.

The post-Ferguson era hasn’t been kind to managers, unfortunately; it has become easier for coaches and managers to shoulder all the blame while the players go largely ignored, even with all their mistakes.

Ferguson knew his team. He knew what it took to make them deliver. Mourinho needs time to wake the team up and to figure out their rhythm. They are spending too much money to buy talent that simply doesn’t deliver.

The hope of fans today is that Mourinho can identify United’s weak points, resolve them and then find ways of driving the club in the right direction. Manchester United has shown a spark of true brilliance in certain games, such as when they decimated Leicester.

Stoke City and Burnley were also treated to signs of the old Manchester United. United isn’t static. That much should be appreciated. They are making progress. The problem is the fans; Mourinho is under far more pressure than someone like Jurgen Klopp.

Because of all the money being spent, Mourinho needs to deliver results before his superiors lose their faith in his abilities. Mourinho needs time to implement the necessary changes, and he can only hope that the powers that be will give him the opportunity to do his work.