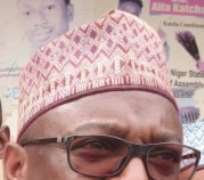 Niger State government yesterday said N940 million and not N2.3 billion is to be spent for the 2nd phase of the 'Whole School' renovation and upgrading project of three additional secondary schools in the state.

The state Commissioner for Education, Science and Technology, Hajiya Fatima Madugu made this clarification following a newspaper report that over N2 billion is to be spent for the renovation and upgrading of three secondary schools in the state.

Details of works to be carried out on the schools showed that the sum of N308.3 million would be spent for the renovation and conversion of Day Secondary School, Baro to a full fledged boarding school.

Government Day School, Tegina that was affected by a heavy storm will be under-go total rehabilitation, including the provision of perimeter fence at N270.1 million while Mu'azu Ibrahim Commercial Secondary School, Kontagora will require N361.4 million for total overhaul.

The Commissioner said the clarification was to correct the misrepresentation of figures for the project. She noted that the N2.3 billion reported was even not the cost for the on-going renovation of six secondary schools.

According to her, N2.1 billion is to be expended on the on-going 'Whole School' rehabilitation programme of six secondary schools, two each in the three Senatorial district.

'Earlier, state government has embarked on the Whole School renovation project in six schools, two from each of the three geo-political zones at the cost of N2.1billion. Three new schools in Baro, Tegina and Kontagora are added to the initial six for renovation at the cost of N940 million,' Madugu clarified.

The priority attention given to the renovation of the three new schools was informed by the deplorable condition of the schools when Governor Abubakar Sani Bello paid unscheduled visits to the schools.

Meanwhile, Commissioner for Information, Culture and Tourism, Mr Jonathan Vatsa, pleaded with journalists in the state to always ensure strict adherence to the ethics of their profession which requires for verification of facts and figures.

This he said 'will not only enhance the credibility of their reports but help to correctly inform and educate the reading and listening public'.

The Chief Press Secretary to the governor, Malam Jibrin Baba Ndace also assured media practitioners in the state of free assess to information as his office is always available to them for confirmation or verification of facts.