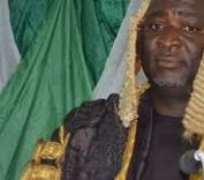 The Enugu State House of Assembly has amended the Criminal Code Law, cap 30 to allow for demolition of property used for kidnapping in the State.

Leader of the assembly, Mr Ikechukwu Ezugwu while presenting the Bill in Enugu on Tuesday, said it became necessary because kidnapping which had been alien was fast becoming a culture in the state.

He said the assembly suspended the Standing Order of the House to enable the bill pass through first, second and third reading immediately.

“The law has to be stringent so that before anybody thinks of kidnapping, he has to think twice.

“The question is that we adopt the amendment that buildings used for kidnapping be forfeited or demolished to deter people from engaging in the crime.”

The assembly also passed the bill seeking to amend the Institute of Management and Technology (IMT), Enugu to be upgraded to a degree awarding institution.

The member representing Igbo-Eze South Constituency, Mr Mathew Ugwueze while presenting the amendment bill said it to create job opportunities in the state.

The lawmaker said the state governor in his inaugural speech promised to make IMT a degree awarding institution.

Ugwueze said IMT was liaising with the University of Nigeria, Nsukka to achieve the aim.

“If this is achieved, a good number of Enugu people will get admission into the institution.”

He stressed that there was a growing demand to upgrade IMT to a degree awarding institution.

The Speaker of the assembly, Chief Edward Ubosi, thanked his colleagues for their contribution to the passing of the bill and adjourned sitting to Nov. 22. (NAN)