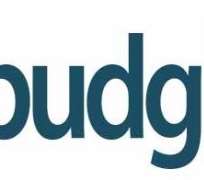 BudgIT, a data-simplifying civic organisation has said 33, out of the 36 states of the Federation, are unable to fulfill recurrent obligations.

Before President Muhammad Buhari's administration officially declared Nigeria in a recession, few months ago,  17 states were reportedly able to meet up with recurrent needs, but, according to BudgIT's report, only three states can now meet recurrent obligations.

A report released by the organisation titled 'State of States' showed that only Lagos, Rivers and Enugu are the states that can fulfill obligations to its workers.

Zamfara, Gombe, Anambra, Niger, Katsina, Ebonyi, Edo and Kebbi were classified as states with fair shortfalls. The report focused on how much revenue is received and generated by the states, the total debt stock and the total recurrent expenditure of the states.

The table of the external debt profile showed Lagos, Kaduna and Edo at the top of the table with Yobe, Borno and Taraba occupying the bottom spots on the table.

At the second National Executive Committee (NEC), meeting of the ruling All Progressives Congress (APC), in Abuja on Thursday, March 24, 2016, President Muhammad Buhari dropped the bombshell that 27, out of 36 states, are unable to pay workers' salaries.

On October 18, 2016, the president reiterated inability of the states to pay salaries, despite collecting bailout funds from Abuja.

At a meeting with the International Committee of the Red Cross President, Mr. Peter Maurer, the president said 'about 27 of our 36 states couldn't pay salaries when we came last year and we are still struggling with that. But, we will get out of it.'

Five months ago, the federal government announced plans to give fresh N90 billion bailout to states, to cushion the effect of the current economic crisis, although with stringent conditions. In the fresh bailout, as at June, only five states qualified, according to the Finance Ministry, to access bailout funds with 22 conditions attached to the bailout.

One of the conditions for accessing the fund is that beginning December 2016, states must publish their financial statements, budgets and the quarterly budget performance within nine months of financial year end.

The money was to be disbursed in two tranches, with an initial N50 billion released in three months and another N40 billion in nine months, which would be shared among qualified states at a 9 percent interest rate.

In June 2015, barely one month in the saddle, government gave the states bailout to enable them clear arrears of salaries owed workers.

As part of bailout for financially ailing states, the Central Bank of Nigeria (CBN) restructured existing bank loans owed by state government from a short term repayment period of about seven years to a minimum of 20 years. Bank loans acquired for salary arrears were reportedly extended to a minimum of 15 and not more than 20 years.

Founded in 2011, BudgIT is a civic organisation that uses an array of technological tools to simplify the budget and matters of public spending for citizens, with the primary aim of raising standard of transparency and accountability in government