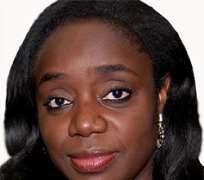 The Minister of Finance, Mrs. Kemi Adeosun, has said that the Federal Government is determined to invest massively in infrastructure, sort out issues around the ease of doing business and encourage patronage of made-in-Nigeria goods in a bid to reflate the economy.

She said these were part of broad measures being taken to create jobs, promote entrepreneurship and businesses, pull the country out of recession and grow the economy sustainably.

Adeosun stated these while speaking at the Wealth Creation Platform 2016, a programme organised by the Kingsway International Christian Centre in Lagos on Saturday.

Her lecture was entitled, 'Where we are, why we are here and the future.'

The Finance minister said that the current administration had realised some mistakes made by past administrations and was working hard to ensure that they did not reoccur.

She noted that over the years, Nigeria had merely been spending about 90 per cent of her budget on recurrent expenditure, while infrastructure investment was near zero.

'It is unfortunate we are where we are today. But we had been heading in this direction for long. The high oil price had just been the anesthesia,' Adeosun said.

Adeosun said that the country needed about $25bn annually to meet her infrastructure deficit.

She said this explained why the President Muhammadu Buhari-led administration was prioritising infrastructure investment while also encouraging state governments to align with the government at the centre.

'Our economy is not growing because we are not spending on infrastructure. The average Nigerian does not have an enabling environment to thrive and succeed because infrastructure investment has not been our priority. And lack of infrastructure hampers growth, entrepreneurship and businesses,' Adeosun said.

She explained that this was why government was trying to reflate the economy through massive investment in capital projects, stressing that N750bn had so far been released for capital projects across the country in the last five months.

'Very soon, before the end of this year, government will release another tranche of funds for infrastructure development. The strategy is to inject funds into the economy, particularly into capital projects — roads, bridges and power. We believe it will create jobs in the short-term, but more importantly they will unlock the productivity of the Nigerian economy,' she said.

Adeosun stressed the need for Nigerians to begin to change their mindsets and patronise locally made products as much as possible.

She said that remained the only way to encourage the manufacturers to get better, conserve scarce foreign exchange and grow the economy.

'We must protect our own; everyone must join the campaign,' she added

She also disclosed that government was focused on investing massively in agriculture and the Micro, Small and Medium-scale Enterprises to create jobs for Nigerians, adding that the government had earmarked about $1.3bn to be pumped into the MSME sector in 2017 through the Nigerian Development Bank.

Adeosun lauded the Senior Pastor of the KICC, Matthew Ashimolowo, for initiating the Wealth Creation Platform programme, noting that when 'you start talking about wealth at a difficult time like this, it shows that people have faith in the vision of a great Nigeria.'

She listed time-tested principles that could be adopted to make money to include seeking out simple but continuous streams of income, having the ability to turn challenges into opportunities and having resolute faith in one's abilities.