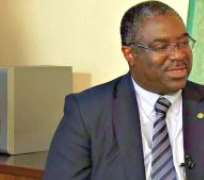 The Senate on Thursday  rejected recommendation of its  Finance Committee report approving  N143.7bn budget of the Federal Inland Revenue Service.

The Senate at   plenary condemned the report as lacking details, saying it was fraught with  ambiguities and duplication of projects.

President of the Senate, Bukola Saraki, who presided over the plenary,  told the committee to review the proposed budget, remove the troublesome parts and re-present it within one week.

The action of the upper Chamber came four  months after President Muhammadu Buhari forwarded the 2016 budget of FIRS.

President Buhari forwarded the budget to the Senate on July 21, and was, thereafter, referred to the Finance Committee, led by Senator John Enoh, PDP, Cross River Central, for further legislative action on July 25, 2016.

The upper chamber of the National Assembly  said it refused to pass the N146.16 billion budget of FIRS because of the  shady exercise of the Committee on Finance. Presenting the report, Enoh said that the committee recommended that a total expenditure of N143.722 billion be approved for FIRS in 2016.

But the Senate rejected the report of the committee due to the poor preparation of the document. The Senate believes  the report submitted for consideration  underscored the committee's  position that more oversight of the budget was necessary and that supporting budget justification information was sorely needed.

The Red Chamber blamed its refusal to pass the N143 billion budget of FIRS on the committee on Finance for doing a poor job and not scrutinising the budget.

Lawmakers frowned at ambiguous and seemingly duplicated figures and certain inclusions which the Senate said reoccurred every year.

The President of the Senate, Dr Bukola Saraki, particularly frowned at the Committee for copying the budget request in the exact way it was presented without any scrutiny or query.

He queried for not effecting any changes even though there were certain aspects of the budget that were ambiguous and seemingly duplicated.

“I will partly blame these things on the late submission of budgets. This practice where government agencies send their budgets late to the National Assembly and expect them to be passed immediately will not be tolerated.

“They must submit their budgets early so that we can have enough time to work on their proposals. If we do that, these issues we have here will not arise. The relevant committees should take note of that and ensure that right thing is done,” he said.

Saraki thereafter, ruled and returned the report to Senator Enoh's committee. The committee is expected to report back within one week.

Earlier, the Senators frowned at the Chairman of the Committee on Finance John Enoh for attempting to defend the poor budget of the FIRS.

Some of the proposed expenditure in the budget includes: Purchase of vehicles: N2.3 billion, Purchase of furniture and equipment – N5.1 billion and acquisition of land and building is to gulp N5.5 billion.

Maintenance of computers and IT equipments was given N120 million: Maintenance of plants/generators was N170 million, generator fuel cost also got N750 million while N700 million was allocated to motor vehicle fuel cost.

The Senate frowned at the committee and directed them to do the proper job and report back in one week.

The report of the amendment bill was also presented by Senator Enoh-led Finance committee.

The lawmakers cited constitutional conflicts as reasons for stepping down consideration of the Bill.

According to the Deputy President of the Senate, Ike Ekweremadu who made the observation, it will be illegal to pass the amendment bill without first amending the Constitution.

He said that the Constitution stipulates how monies accruable to the Federation Account should be shared among the three tiers of government.

The report was subsequently suspended, pending when the National Assembly will conclude it's ongoing constitution review exercise.