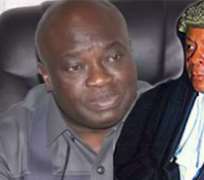 The National Judicial Council, NJC, has exonerated  Justice Okon Abang of the Federal High Court in Abuja from blames in the cases of compromised justice in the verdict of his court on June 27, 2016,  which sacked Governor Ikpeazu from office over alleged tax infractions.

Four petitions were brought against him alleging judicial misconduct, but the NJC found no merit in the petitions.

The petitioners had asked the council to investigate the judge  over recent judgments he delivered against the Peoples Democratic Party, PDP. Whereas one of the petitions queried the legal propriety of Justice Abang's verdict of June 27, which sacked Governor Ikpeazu from office over alleged tax infractions.

The Senator Ahmed Markarfi-led faction of the PDP equally dragged the judge before the NJC over his judgment that directed the Independent National Electoral Commission, INEC, to only recognise the PDP group led Senator Ali Modu-Sheriff.

The NJC dismissed the petitions on the premise that the petitioners failed to  substantiate their allegations against the judge.

The four letters were all dated October 18, 2016. Specifically, the  document revealed that Chief Balogun had accused Justice Abang of abusing judicial powers. He told the NJC that the Judge meted out injustice to the PDP and governor Ikpeazu in the judgment he delivered in suit No FHC/ABJ/CS/71/2016 between Dr. Samson Okechukwu Ogah vs PDP.

The Council absolved the judge of any wrong doing, said it had at the end of its deliberations, found no proof of any misconduct against Justice Abang. Similarly, the Council held that the petition written to it by Secretary of the PDP in Ondo State, Chief Ayodele Ibini, where he  alleged that Justice Abang misconduct in suit no FHC/ABJ/CS/439/2016, in the judgement he delivered  recognising the Sheriff faction in Edo and Ondo State, lacked merit.

Besides, it did not indict  Abang of any wrong doing or misconduct in the petition written by Chief Esonu of the PDP, who alleged that the order that directed Ikpeazu to immediately vacate the governorship seat, was reckless.

Besides, the NJC which is headed by the Chief Justice of Nigeria said the complaint Mr. Eze lodged before it wherein he contended that Justice Abang ought not have issued the enroll order on suit number FHA/ABJ/CS/71/2016 to INEC immediately the Abia judgement was delivered, lacked merit.

It said the judge was able to prove that the judgment complained of was released to the parties after 4 days of its delivery. Meantime, the Supreme Court has fixed January 27, 2017, to commence hearing on appeal challenging the validation of governor Ikpeazu's election by the Abuja Division of the Court of Appeal.