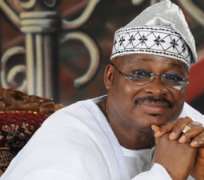 The Oyo State Government on Monday said it had reduced the salaries and arrears of its political appointees by 50 per cent following the continued drop in the state revenue.

The government also announced the award of N28bn contracts for the dualisation of four major roads in the state, saying the funds would be sourced from the Federal Government Road Intervention Fund.

The Secretary to the State Government, Mr. Olalekan Ali, who spoke during an inter-ministerial press briefing on Monday, said  the decisions were made at the last Executive Council meeting in the state.

Ali told journalists that all government spending would be reduced by 50 per cent with immediate effect.

He said the state government had succeeded in blocking all tax holes while the physical verification embarked upon recently had exposed many areas where some individuals were drawing multiple salaries with some getting salaries without working for the government.

Ali explained that about 500 people indicted during the verification did not appear to clear their names at the special panel set up to attend to the problem, adding that others who were cleared by the panel had collected their arrears of salaries till April, 2016.

Alli also assured the people of the state that the state government was working hard to ensure food security through the Agric-Oyo programme and the establishment of 10,000 metric tonnes of silos in Oyo town, which, he said, would be replicated in all the three senatorial districts of the state.

The state Commissioner for Works and Transport, Mr. Wasiu Dauda, told journalists that the N28bn would be used for the dualisation of Saki Township Road from Oke-Ogun Polytechnic to Ilesa-Baruba Road,  the construction of  the Idi Ape—Basorun—Akobo—Odogbo Barracks Junction Road, Agodi Gate—Old Ife Road—Adegbayi and Oke Adu—Agodi Gate—Idi Ape— Iwo Road interchange.