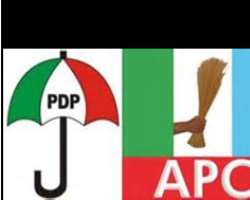 The truth is that despite the fact that we use the word “democracy” almost every day, and we all seem to believe we know the meaning and implications of the word, it is one of those words we have inadvertently come to take for granted. That is the truth. Many of us neither know the true meaning nor the implications of the word. Many more do not care if it is actually working for them or not.

Some scholars define democracy simply as a government of the people, for the people, by the people. In other words, in this sort of government, the ordinary citizens have a say and a way in whatever concerns their daily lives through their elected representatives. And the government has a duty to look into their worries or complaints.

An angle to this definition of democracy is when the ordinary citizens vote to elect these representatives who are supposed to become their eyes, their ears and their mouthpiece in the affairs of government. Such elected representatives are expected to familiarize themselves with a good number of members of the families that make up their constituencies, ask after them or look them up from time to time, and be ready to hear about and enable them solve their problems when they have issues.

This is the type of democracy that Nigerians opted for. But like many other developing and even developed democracies, it is doubtful if it is being practised by the politicians to work in favour of the people they and their technocrats had in mind when they opted for democratic governance.

But that doesn’t seem to be the case in Nigeria. In fact, I am yet to learn of any Nigerian politician who knows members of the families that make up his constituency as well as he knows the road to his compound. The moment the people cast their votes and the winning party is declared, the voters become total strangers in the system, until the next four years when the time would be due for fresh elections. That has always been the normal practice.

Yet, Nigerians are not alone in this abnormality. It is exactly the case with a vast majority of countries that call themselves Representative Democracies. They are not true democracies by any stretch of the imagination. And I hasten to distinguish between fake democracies and true democracies. Most of these countries are simply what can be called “elected dictatorships.”

In most of these countries, the people usually vote once every four or five years. There is no pattern of voting on any issues. They just elect their so called representatives under party platforms. These “representatives” ensure that by some inexplicable and unwritten law they owe the people who voted them into public office no obligations. Towards the next election they hurriedly “tar” a few kilometres of rural roads and install a few boreholes in their catchment areas. And again they are voted into public office.

The people don’t seem to have a choice. And this tends to make the politicians dictatorial. They hardly ever bother to consult their constituents to know their stand on various issues that concern their lives and wellbeing. A legislative arm of government composed of this calibre of "representatives" is bound to act in a very dictatorial manner between elections.

It may be argued that any form of government is good if the people subjected to the system are happy with it. So, perhaps, in a country like Nigeria, "elected dictatorships," as a system of government which has masqueraded as democracy since 1999, is not the best under the present circumstances of a naira that is depreciating precipitously, unemployment that has eaten into the fabric of the society like a terminal illness and increasing crime waves that have made many Nigerians sleep with both eyes wide open.

Everywhere, people are agitating for one thing or another. There is the Boko Haram trouble. There is the problem of Fulani Herdsmen. There are agitations for Biafra by IPOB and MASSOB. There is the agitation in the Delta. Everywhere one goes, the uneasiness is written on the face of the people. And what all this interprets to is that the people do not cherish and did not vote for the sort of change that would deny them of the dividends of true democracy.

There is strong case for a responsible opposition which will enable the ruling party uphold its moral compass in the mirror of public opinion.

Ever since General Buhari took over the mantle of leadership over a year ago from the PDP government that ruled (some say misruled) Nigeria for 16 years, the PDP has not been able to form a credible and responsible opposition that will challenge the ruling APC and keep it on its toes. And that can be dangerous for the political stability of the country. Much more so is when the situation is dicey.

Many politicians in the PDP camp are getting to believe that the current administration is putting fire in their ass with its unstoppable enquiry into “stolen money” basically by members of the previous administration. And while it is obvious that the government’s primary concern since its inception is to fish out all those public office holders (now mostly in the opposition party) who stole public money, the result is that many of those who have skeletons in their cupboards cannot concentrate on forming a responsible opposition while standing on their toes.

So, it has become necessary for Mr Buhari should look at the hunt for the “criminals” in his opposition party with a second and more politically mature eye. It is important for him to recognise that the stability of the nation anchored in the nurturing of Nigeria’s evolving democracy is, perhaps, far more important than the current hunt for criminals who stole the people’s money while in public office.

Bearing in mind that whatever concerns the county is more important than what concerns any individual or party, the need to sustain a responsible opposition party becomes a great necessity. What does Buhari want to achieve: to get back all the money while weakening the democratic process or stop at some point so that a responsible opposition can emerge from its ashes and help build a strong democracy? The President must think about this and make a quick decision. Under his watch, he must not allow Nigeria’s democracy to crash.