Why I'm not leaving my fortune to my children: Bill Gates 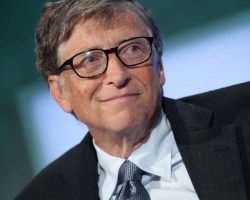 Microsoft founder Bill Gates is leaving his fortune to charity, not his three children.

You’d expect the children of the world’s second-richest man to have the means to do whatever they want, right?

Hit the books in college and get a degree, and then another degree, and another. Go on a year-long whirl around the world. Play, explore, try new things, run through that trust fund.

Actually, Bill Gates, 60, and his wife, Melinda, 52, are encouraging their three children to go to college and they’ll pay for it, but then they want them to get jobs and have careers. The Gates have no plans to leave their fortune of some $78 billion to their brood. No billion-dollar trust funds for these kids.

The Microsoft founder explained his reasoning for leaving his money to charity instead of his three children, Jennifer, 20, Rory, 17, and Phoebe, 14, on “This Morning” on Wednesday.

“‘It’s not a favor to kids to have them have huge sums of wealth,” he said. “It distorts anything they might do, creating their own path.”

Gates said his children understand his and Melinda’s decision and are “proud” of their parents’ dedication to reducing extreme poverty. The couple started the Bill and Melinda Gates Foundation, the largest transparently operated private foundation in the world.

But the Gates children don’t need to worry about ever being destitute and their parents will provide a “safety net.”

“Our kids will receive a great education and some money so they are never going to be poorly off but they’ll go out and have their own career,” he explained.