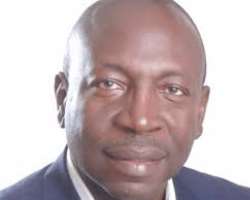 The Peoples Democratic Party (PDP) candidate in the just-concluded gubernatorial election in Edo, Mr Osagie Ize-Iyamu, on Friday said God told him to recover his mandate.

Ize-Iyamu said this in Benin while addressing some protesters.

He alleged that INEC robbed him and his party the PDP when it announced Mr Godwin Obaseki of the All Progressives Congress (APC) as the winner of the state governorship election.

He said that the alleged robbery of the Edo peoples mandate would not stand, adding that he had been seeking God's intervention in the past few days.

Ize-Iyamu said his supporters had refused to be violent despite the alleged fake result announced by INEC.

He said that it was lamentable that those who were given the victory by INEC were ashamed of celebrating the victory.

The state PDP Chairman, Mr Dan Orbih, said the party was going to put everything in place to defend democracy.

Orbih appealed to protesters to keep the peace while embarking on the street protests, adding that the will of the people must prevail.